SINGER Amy Winehouse is launching an attempt on the world drug-bender record to raise money for a Ugandan primary school.

During the mammoth session the 'Back to Black' star will be consuming crack, heroin, cheap speedy pills and a two gallon jug of paint stripper.

A spokesman said: "She's been in training with some of the country's top junkies, including the legendary 'Norwegian Dale'.

"The plan is that when she starts to glaze over from the brown, the Es and crack will perk her up again and give her the energy to stay on it. She really is an inspiration to everyone who wants to take drugs for charity."

Winehouse's record attempt will raise money for a school in the Ugandan village of Katosi, which desperately needs a new roof.

Head teacher Akiki Balunda said: "We are very grateful to Amy for this and have faith in her bison-like constitution.

"We wanted to help her out by sending some drugs, but all we could find was a few out-of-date malaria tablets."

The existing world drug-bender record is held by a 44-year-old from Manchester known simply as 'Cheb', who consumed nine times his own body weight in poor quality street opiates during a two month ming-up which ended when he jumped naked into a local zoo's Komodo dragon enclosure.

Cheb said he given up endurance drug taking so that he can focus on trying to kill an owl with a crossbow in the belief that if he eats it he will become Dolph Lundgren. 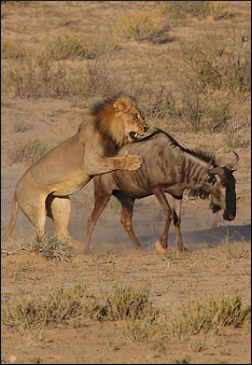 SENIOR police officers have been told to explain why they prevented rival gangs of West Ham and Millwall fans from beating from each other to death last night.

As violence flared at Upton Park, zoologists said riot police had no right to interfere with the natural process of evolution.

Experts have called for new guidelines that will allow football supporters to bang each other's skulls with baseball bats until the last retard standing finally clubs himself into oblivion.

Dr Tom Logan, of the Institute for Studies, said: "A full-on riot between West Ham and Millwall fans is a bit like Mother Nature's pruning shears.

"We do not intervene when a pride of lions takes down an antelope, or when rival baboons fight over who gets the biggest nuts.

"So when two sets of London football fans decide to have a fight, we should simply leave them be, while observing the awesome majesty of Darwin's genius."

It is believed the violence flared between the rival supporters after an argument over who would be the first to grow opposable thumbs.

West Ham fan, Wayne Hayes, said: "They was sayin' that one of 'em already 'ad fums and could use tools and evryfin'.