Britain Not As Good As 'The Guardian' Said It Was, Claims Top Tory

BRITAIN has become like The Wire, scarred by drugs and violence and nowhere near as good as The Guardian said it was, a senior Tory has claimed.

Shadow home secretary Chris Grayling said The Guardian had led people to believe that Britain was really cool and edgy with a broad Dickensian sweep, when it was actually just a lot of horrid people whose accents you could not understand.

Calling for Britain to be more like Bargain Hunt or Ready Steady Cook, he added: "Instead of swearing all the time why can't we just rummage about in our lofts looking for an old plate so that lovely orange man with all the hair can sell it for us at a car boot sale? Or am I thinking of Cash in the Attic?

"And instead of shooting someone in the face or being a corrupt local official, why can't we all challenge a well-known chef to make us a three course meal using only a parsnip, a bicycle helmet and a bag of marbles?"

A spokesman added: "With the right level of investment we believe Britain could be a spin-off from Buffy the Vampire Slayer or maybe even House. Wouldn't that be great?"

But the government dismissed the claims, insisting Britain was a cross between Desperate Housewives and Boston Legal or perhaps even a really good episode of Stargate SG-1.

A Home Office spokesman said: "Even in deprived urban areas it's generally My Name is Earl and certainly no worse than the second series of Hill Street Blues."

Herbal Highs Will Soon Be As Rare As Heroin, Say Experts 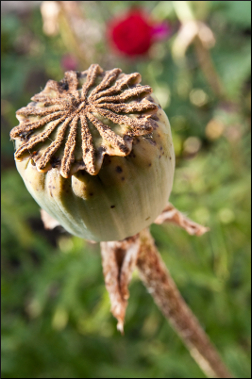 GOVERNMENT plans to ban so called ‘herbal highs’ will make the drugs as rare as a largely forgotten narcotic known as heroin, experts claimed last night.

Minsters are drawing up legislation to outlaw a range of legal drugs currently available through the internet including GBL, BFD, JML, KKK, and JJB Sports.

Professor Henry Brubaker of the Institute for Studies said: “History teaches us time and time again that banning drugs is a completely marvellous idea.

“After heroin was banned in 1924, use of the drug immediately ceased and there have been only three documented cases of heroin abuse in the last 85 years, all of them foreigners.

“Similarly a drug called cocaine used to be very popular until it was made illegal. Not surprisingly, all the people who manufactured it immediately stopped and either joined the Red Cross or became primary school teachers.”

He added: “Just think, if heroin and cocaine had not been banned then millions of people could have become addicted and it may even have led to the creation of a multi-trillion dollar industry run by insanely violent criminals called  ‘Pablo’.”

A spokesman for the department of health said: “Our research shows that no-one is going to go to all the bother of selling these drugs illegally. Why would they? Are drug dealers really that interested in money? I think not.”

He added: “Even if they did, it is extremely unlikely the drugs would suddenly become more dangerous and expensive. And anyway, it’s not as if anyone is going to steal things or mug old ladies just so they can buy drugs. I’d imagine that drug addicts, if they even existed, would be much more sensible than that.”