A GROUP of retirement-age women from a Cotswold village have produced a charity calendar featuring a Chicago three-way, two golden shake-downs and a carefully choreographed ‘Dutch steamboat’.

The members of the Stedbury Women’s Institute opted for a more ambitious fund-raising effort after three consecutive years of concealing their private parts with teacups and home-made chutney.

Chairwoman Angela Leddon said: “This year’s calendar will feature extreme sex acts, all of which have been ‘legalled’ by Mrs Johnstone in her capacity as a Justice of the Peace.

“We made extensive use of my husband’s wide-angled lens and the whole thing is printed in full colour on glossy, wipe-clean paper. And don’t worry, there’s still plenty of chutney for all you chutney enthusiasts.”

She added: “At first, some of my ladies were a tad reluctant, particularly Mrs Groves who runs the post office. But after a couple of stiff brandies and a pink fancy she surprised us all by doing some rather continental things with a jar of Swarfega and a clutch of fennel.”

Geraldine Sitwell, 64, who helps out at the library on Wednesdays and Fridays, said: “There’s a scene where a foreign girl puts some cake up her backside. You can see that it’s clearly made from a packet mix and you just wonder why they haven’t made the effort.

“And the olive-skinned actress with the extremely wide mouth looked ever so thin, so I got in contact with her agent and passed on my recipe for mutton casserole.”

The calendar’s supporting cast includes Mystique, a 38-year-old Latino transsexual from Reno, as well as a prize Hereford bull and an antique potato dibber borrowed from the local pub.

Mystique added: “It was great fun – very freaky – but my doctor says I’ve now got something called a ‘cheese scone’ wedged up my rear fandango.”

Jobless Now Just Eight Years Away From Next Job 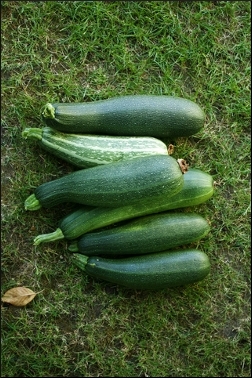 THE number of years Britain's unemployed will have to wait for their next job has been slashed from nine to eight, after an unexpected surge in business confidence.

The Institute of Chartered Accountants is predicting the economy will grow by 0.5% in the next quarter amid an increase in wishful thinking and jolly well putting a brave face on things.

A spokesman said: "Imagine planting a seed in the ground which then immediately grows downwards for about eight inches before changing its mind and growing upwards for about five inches.

"It's definitely an improvement, but you're still not going to get much in the way of courgettes."

He added: "Of course, as accountants we tend to be reasonably confident of being comfortably well off. Whether it's helping profitable companies reduce their tax bill, or helping unprofitable companies ease their way gently into receivership. It's always a nice looking graph."

Bill McKay, an unemployed sales representative from Doncaster, said: "What a relief. I was just thinking the other day that living in, sleeping on and eating cardboard could get somewhat tiresome after eight years."

Margaret Gerving, a former gift shop owner from Hatfield, added: "How marvellous. That should give me just enough time to write my novel and wean myself off my new and seemingly unquenchable desire for crystal meth."

The Treasury welcomed the report insisting that if the 0.5% growth rate can be maintained, Britain should be able to clear its £1 trillion worth of debt around the time mobile phones are replaced by telepathy and everyone can shoot laser beams from their eyes.