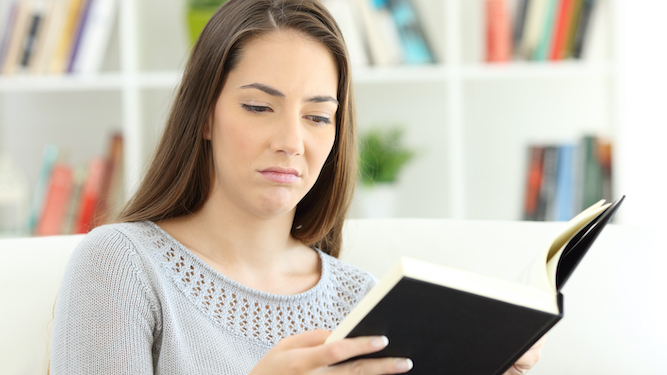 Emma Bradford bought The Mirror and the Light by Hilary Mantel because everyone was talking about it, but when it arrived was dismayed to discover it was both massive and about the olden days.

Bradford said: “I thought lockdown would be the perfect time to get into reading, but attempting this one just reminded me that books are heavy and hard work compared to watching Killing Eve on my phone.

“When I actually tried to read it I realised it was about kings and queens from ancient times, which is just the sort of boring shit I didn’t bother listening to at school, so I gave up after three pages.

“But I still left a good review on Amazon for it. It said ‘Makes a useful doorstop so the dog can go out without me having to get up from watching Loose Women‘.” 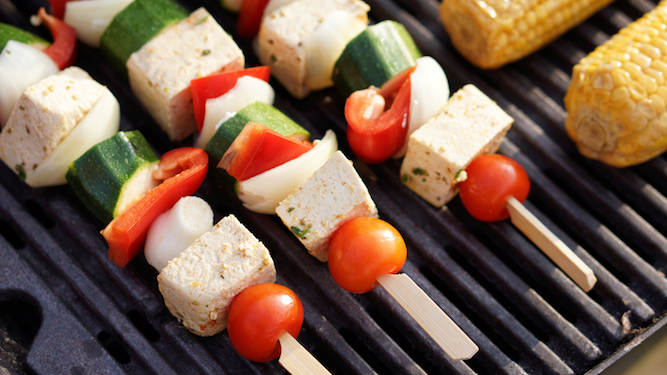 Tom Booker thought there must be some mistake after he was handed a meat-free burger, only to realise that everything else on the menu was made out of tofu, Quorn or salad.

Booker said: “When I asked the host for a beef burger everyone turned on me with these fixed grins. It was like something out of The Twilight Zone.

“They all said in unison that they didn’t serve that sort of food here, and if I wanted a meat alternative I should’ve brought my own. It was weird, like they’d been waiting their whole lives to say that to a carnivore like myself.

“Then they force-fed me admittedly tasty Linda McCartney sausages until I left. Still, I got a few beers out of it.

“I can’t see the point of vegetarian barbecues anyway. Isn’t cooking a massive quantity of meat just a macho hunting substitute for unfit men who work in offices?”

Fellow guest Martin Bishop said: “Just like Tom I was disgusted by the vegetarian food on offer. But only because I’m one of those pompous vegans who thinks anyone who drinks milk is evil.”