A WOMAN who liked a song so much she listened to it for eight hours straight can no longer endure even the opening notes.

Nikki Hollis assumed she would never get tired of ‘Here Comes Your Man’ by The Pixies but was proven wrong after hearing the accessible underground hit hundreds of times in a row.

Hollis said: “It was one of those rare things – a good song that hadn’t been overplayed on the radio or used in a John Lewis Christmas advert. And then I went and screwed it up.

“During the third hour I briefly thought I should probably play something else. Then I came to my senses and told myself ‘just one more listen’. I was clearly addicted. I can admit that now.”

Despite an intervention by her friends and family around the seven hour mark, Hollis thought that if she pressed on she might get a second wind.

She added: “I’ve learnt my lesson. Love is an exhaustible resource, like coal. In the future I’ll play it safe and only listen to songs once, or in the case of contemporary chart music, not at all.”

How to pretend to enjoy eating outdoors in London 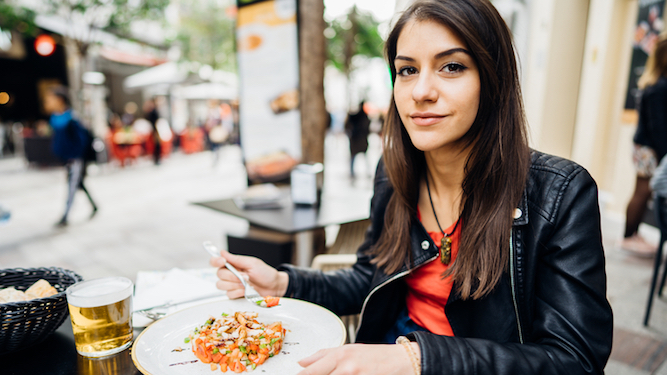 PARTS of central London are to be transformed into European-style outdoor dining areas. Here’s how to deal with rain, pigeons and drunk passers-by.

However much those moules-frites make you feel like you’re in Provence, you’re not. You’ll feel nippy after you’ve been sitting outside for five minutes, so try and wear an outfit that can accommodate several bulky layers of thermals underneath.

It’s the UK, so it’s bound to start pissing down the second you start on your bacon-wrapped scallops. An umbrella is multifunctional, however, and can also be used to protect you from bird shit and to fend off vicious, hungry seagulls.

Sitting at a table in the middle of a closed road, two metres away from your fellow diners and being served by a waiter wearing a medical mask is a very strange thing to be doing. However, you must pretend everything is completely normal rather than break down crying about how f**king weird 2020 is.

Once London’s rodent population get wind of what’s going on you’ll be kicking them out from under the table as they attempt to scale your leg. Rat poison will also work on the pigeons that will attempt to land in your soup every three seconds.

A beer jacket will not only keep you warm and stop you giving a shit about the drizzle on your carbonara, but will also give you enough Dutch courage to shout at the weird man muttering mad things who keeps trying to join your table.