A WOMAN firmly believes The Blair Witch Project is a factual account of real events, it has emerged.

Sales executive Nikki Hollis thinks the film is true even though there has been extensive publicity about its clever marketing, two sequels and evil ghost witches do not exist.

Hollis said: “The Blair Witch documentary completely terrified me. They shouldn’t have shown a triple supernatural murder in cinemas as entertainment, it’s sick.

“It must be terrible for her Heather’s, knowing she’s either dead or being held prisoner in the woods by a witch.

“It was definitely genuine because a made-up film wouldn’t have had hours of people wandering around doing nothing and all those boring shots of trees.

“I’ve agreed to see the follow-up investigation at the Odeon with my boyfriend, but obviously they didn’t find them because it would have been on the news by now.

“I’m just hoping it won’t somehow make the witch come after me for dabbling in the occult, like how there’s a 12 per cent chance of a ghost coming out of your telly when you watch Ring.”

Boyfriend Tom Logan said: “She did think War Horse was a real horse who had a very eventful life.” 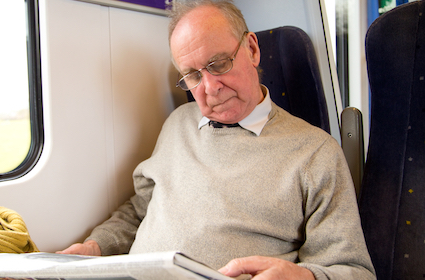 AN elderly man has confirmed he will be silently judging everyone who is using a smartphone on the train when they should be looking at the lovely scenery.

Roy Hobbs revealed he actually felt bad for them because, as well as enjoying the view, they could be listening to his fascinating and well-informed opinions on a wide range of interesting topics.

He added: “They’re all playing ‘Wok n Go’, or whatever it is, on their phones and posting pictures of their arseholes on FaceBucket.

“I’ll just sit here and think to myself about how the future’s completely fucked because of these bastards, while I watch the nice green fields fly by.”

He added: “I might read the ‘In Case Of Emergency’ sign again, if I get the chance.

“I certainly won’t be taking a picture of it and ‘SlapCatting’ it to all of my friends.”