A WOMAN watching the desperately bleak version of Les Miserables sings the songs from the musical to make it bearable.

Emma Bradford has taken to bellowing tunes at the television whenever the scenes of hideous social inequality get so depressing that she is tempted pull her own fingernails out for a bit of light relief.

Bradford said: “I thought the songs were dreadful when I watched the musical version, but now I see that their melodramatic awfulness actually helps to distract from the grimness.

“Unlikely as it sounds, watching a woman forced into prostitution and having to sell her teeth and hair to survive is actually made better by having I Dreamed A Dream wailed loudly over the top of it.

“Even if it isn’t an appropriate moment for a song I’ll break into Do You Hear The People Sing? just to brighten the atmosphere. I’m no Anne Hathaway but I think my family are enjoying my spirited cover versions.”

'For Christ's sake, stop talking like that' say babies 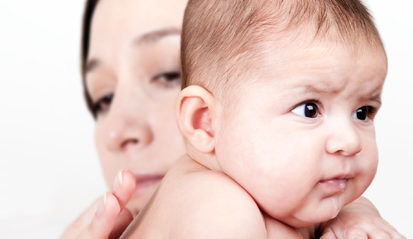 BRITAIN’S babies have pleaded with the rest of the population to stop talking like that.

The angry babies have condemned gurgles, whistles, pet names, and replacing the letter ‘r’ with ‘w’.

Baby Wayne Hayes said: “There is absolutely no need for anyone to affect a ‘stupid wittle voice’ when asking me if I enjoyed my meal. Of course I enjoyed it. It’s all over my face.

Professor Henry Brubaker of the Institute for Studies said: “If you all talked to your children normally maybe their first words would be something interesting and not a barely formed ‘dadda’.”