WOMEN are to spend this weekend being conned into watching a sci-fi epic about sandworms, spice trading and extraordinary mental powers.

Dune, which stars Timotheé Chalamet, Zendaya and Jason Momoa as if it was some kind of movie women would enjoy, will instead bore them shitless with endless dialogue about space navigation, Bene Gesserit ‘witches’, and the warrior prophet Muad’Dib.

“She likes the cast, she’s heard it’s got an arty French-Canadian director, and best of all she has no idea whatsoever it’s based on a 400-page 60s sci-fi novel with five increasingly impenetrable sequels. Although I suspect that will gradually dawn on her as the film wears on.

“Do I feel guilty? Yes. Will she blame me? Absolutely. But f**k it, I had to sit through The Queen’s Gambit.”

He added: “Maybe she’ll enjoy it? Who am I f**king kidding. She’s got about as much chance of enjoying this as she has a Rush album.” 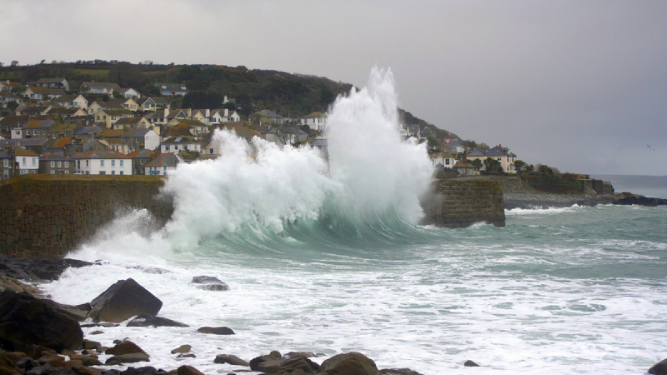 THE October half-term is here. Where are you going for another doomed attempt at a holiday? Try these hellholes:

The hotels and static caravans of North Wales are built to withstand lashing, horizontal rain, just like their castles were built to keep out English invaders. But after spending 48 hours trapped indoors with your family you’ll realise that getting drenched while exploring a disused slate mine is more fun. If anything it’ll toughen you up for Christmas at your in-laws.

The absence of crowds, second-home owners, and the tourism industries which have f**ked off now summer’s over has revealed that Cornwall is nothing more than a rocky peninsula stretching out into the cold, dark, murderous Atlantic waves. To make things worse, this means the gastropubs have jacked up their prices.

Just because you know in advance that Scotland will be dark, wet and bone-achingly cold doesn’t mean you’re prepared for it. The mountains are beautiful, the landscape is devoid of life and, like the natives, everywhere is implacably hostile.

You like London and you like the seaside, so why not visit London-by-the-Sea? Answer: because the beach is made of uncomfortable rocks instead of sand, the seagulls are higher than you on the food chain, and the residents are just as twatty as Londoners despite living in a drab off-season coastal town. You’re better off in Hove.

The Airbnbs are cheap here, so a family holiday in Nottingham strikes you as a no-brainer. Plus Wikipedia says it’s a friendly city with lots of exciting tourist attractions, and since when has the internet ever been wrong about anything? Two days in you’ll be so bored that getting chased by the police for kicking a pigeon will be the highlight of your week.

Rather than trying to wring any joy from the sputtering, dying flame of 2021, lean into the misery and spend a week in a city-sized petrochemical works where the inhabitants can’t understand you and don’t want to. You’ll return home delighted that you don’t live there all year round.

Driving around the M25 in a campervan

You can’t tour Europe anymore and Britain’s uniformly awful. So why not simply drive around the country’s busiest motorway for seven days straight, sleeping in lay-bys in orbital towns and shitting in Aldi bags like the Romanian truckers used to? You’ll be able to tell everyone that you’ve seen the real Britain they don’t show you in brochures.