That bloody hoody, and other clothes your boyfriend should have chucked years ago

EVERY man’s wardrobe contains horrors that he’s weirdly attached to even though they should have been binned long ago. Like these:

He’s owned it since long before you met him and it is essentially a sartorial safety blanket. He’s even chewed the sleeves, like an actual baby. He doesn’t wear it anymore because you won’t let him but the truth is that he’s just biding his time until you split up.

A pair of standard issue black Converse that have somehow survived every clothing cull for the past eight years. Considering they retail at £50 it’s baffling he keeps hold of them, no matter how comfy they are, because there is more hole than trainer. Plus, they make him look like a failed graphic designer.

These trousers are so called because he snogged a girl in a Yates’ Wine Lodge in Colchester in 2006 while wearing them. Despite your protestations that they will never fit him again because his waistline is now four inches larger he still regards them with a bizarre sense of sentimental nostalgia.

He’s had that Ocean Colour Scene t-shirt for so long that it has now come back into fashion and gained a sense of nostalgic cool. Unfortunately it has also gained a very stubborn smell and several holes, so you can’t even eBay it and spend the money on some grown up clothes for him.

For ‘best’ read ‘only’. These jeans get worn every single day and you can’t recall every seeing them go through the wash. If you checked the pockets you’d probably find a paper tenner and a Woolworths receipt, but wild horses wouldn’t drag you close to the crotch of those trousers which is why you’ll only shag him after he’s had a shower.

Woman making it sound as if she worked for her inheritance 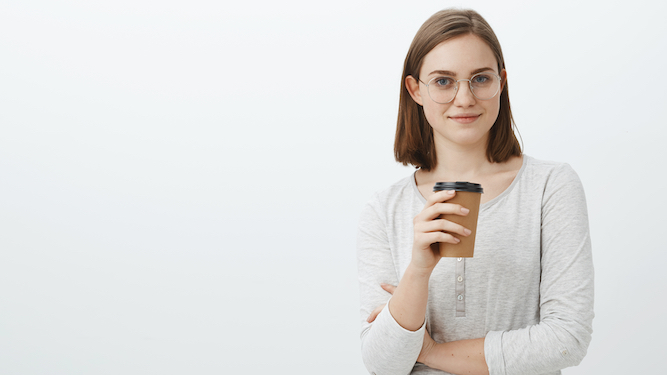 A WELL-OFF woman is making it sound as if she worked hard to inherit a generous cash sum from her grandparents.

Helen Archer contributed zero time or effort to the thousands of pounds she has been gifted, yet acts like every single penny were the result of her own tireless graft.

Friend Lauren Hewitt said: “Why do good things always happen to lazy people? Not that I’m saying her grandparents dying is a good thing, but you know what I mean.

“I was sad for her when she told me they’d finally snuffed it, then I was upset on a karmic level when she showed me what they left her. I’ve never seen a cheque with so many zeroes.

“I wouldn’t mind if she’d been a devoted granddaughter, but as soon as they went into hospital she drew up a spending plan. And when she learned they’d passed on she punched the air and shouted ‘ka-ching!’”

Archer said: “I toiled night and day to win the genetic lottery and get born into money. If you can’t do the same it’s because you’re feckless and idle. There’s really no excuse.”