A ZOOMER has confirmed that he is just as baffled by his generation’s youth culture as everyone else is.

17-year-old Ryan Whittaker understands why older people are confused by the popularity of lip syncing TikTok videos and Logan Paul’s monumental fame because their appeal is a mystery to him as well.

Whittaker said: “I know youth culture always seems strange and ridiculous, but I think we’ve taken things a little too far. Am I meant to be into K-pop ironically or not? It’s impossible to tell.

“Not to sound all ‘Ok, Boomer’ but the slang is impenetrable as well. Is a ‘cheugy-based vibe’ a good thing or will it get me cancelled? I asked some friends to translate and all they said was ‘big yikes’, which was no help.

“Maybe I was born in the wrong era. I bet things made more sense in the Nineties when there were only hundreds of television channels and having your finger on the pulse meant watching Friends once a week.”

Millennial Nikki Hollis said: “Think you’ve got problems? One of my generation’s cultural highlights was Crazy Frog. By comparison you’re living through the Renaissance.” 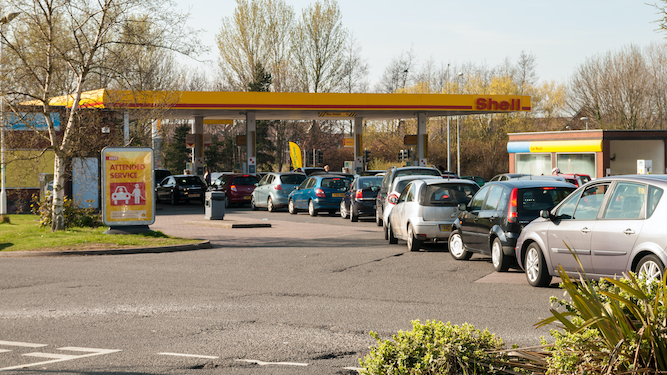 THE government has announced that fuel queues and shortages are now so normal they are no longer worth mentioning.

Driving around six petrol stations in order to fill up enough for four days commuting is now as much a part of British life as bacon sandwiches, drizzle in June and The One Show.

A government spokesman said: “Why are we still talking about something that’s been accepted by ordinary, decent people as an unremarkable part of their lives?

“Of course you’re queueing for 90 minutes to get a capped £30 of diesel. Of course you’re cancelling trips to see family because it won’t leave you with enough for the school run. This is Britain. This is how it’s always been, since last week.

“Likewise the empty shelves in supermarkets, the impossibility of getting a builder, and waiting two hours for your meal in a pub. All part of life on this sceptred isle and entirely unremarkable.

“Apart from the hysterical liberal elites shrieking like spoiled children, everyone’s perfectly content. In fact they’re happier. So we’ll hear no more about it on the news, yes?”

He added: “You know what else is normal? Three-day working weeks and winter power cuts. As normal as a steak-and-kidney pie while watching Coronation Street. So shut up in advance.”