THE Government is demanding a return to traditional methods of bullying after an upsurge in the use of mobile phones to exchange threats and insults.

Ed Balls, the schools minister, said many of the skills honed over centuries in British school playgrounds, including the nipple twist, the wedgie, and the 'ball-rack', were being lost as children embraced 'cyber bullying'.

He described the new breed as, "a pathetic bunch who were unlikely to put the shitters up anyone, unlike the extraordinarily violent Billy Timmins who made me piss myself with fear at least twice a day".

Mr Balls said: "Anyone can use a mobile phone or Blackberry to fire off an abusive email, at any time of the day or night. In fact, I'm sending one to Douglas Alexander right now.

"We want to see kids enjoying the sense of community that comes from getting into a gang and physically picking on the one kid in the school – let's call him Douglas – with no sense of style and the wrong trainers."

"A few years ago mobile phones were so huge they could really do some damage if you hit someone. You'd barely feel one of the new ones, so people send a text instead. Pathetic.

"We want to see a child – let's call him Douglas – grabbed by his arms and legs and his balls rammed repeatedly into an iron post.

"We want to see him chased round a big table until he is exhausted and his pants ripped off in front of a jeering crowd. We want to see a commitment to super-wedgies. 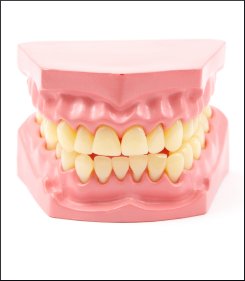 LIB Dem leader Sir Ming Campbell has challenged his leadership critics to an open debate as long as they promise to speak loudly and clearly.

The Lib Dem conference in Blackpool has been rife with speculation that Sir Ming, 81, could soon be forced to make way for an MP who still buys shampoo.

But senior Lib Dems insisted Sir Ming remained an electoral asset and poll ratings would improve as soon as his new teeth are in place.

Sir Ming, who entered to the tune of Pensylvannia 6-5000 by the Glen Miller Band, told the delegates: "My hotel is a bit cold, but they do a lovely cup of tea and the chairs are not too far from the telly."

He added: "You're as old as the woman you'd like to feel. I'm reaching my sexual peak. Feel my biceps."

After a long, rambling story about the first time he saw a banana, the Lib dem leader called for a return to simpler values and an economy based on the free exchange of powdered egg.

The glasses were later found on top of his head.