A 42-YEAR-OLD woman has realised that her cash-in-hand babysitting job 28 years ago, where she was paid for watching telly and eating crisps, was her career high.

Accountant Helen Archer admitted that she would trade her well-paid position and company Audi for a job where she watched The Fly on VHS while some children slept upstairs.

She said: “Maybe it wasn’t a money-spinner, but I’ve never known job satisfaction like it.

“I’d go through the fridge, phone my boyfriend, play their Terence Trent D’Arby CDs and sneak a tot of whisky, all while clocking up a per hour rate well above minimum wage.

“They had MTV when nobody had MTV, I could help myself to Coke, and then I’d get driven home. Now I have to buy my own teabags. Where did I go wrong?”

Archer’s boss, head of finance Susan Traherne, agreed that the Saturday bakery job where she got free doughnuts was the best ever, while director of UK operations Joe Turner said that riding his bike on his paper round while listening to Simple Minds made him feel ‘so alive’.

CEO Wayne Hayes said: “I worked behind the record counter at Woolworth’s. I stole every single released from 1986-1991 and snogged Michelle off the Pic ’N Mix in the stockroom. I was like a king.

The Mash guide to the next prime minister 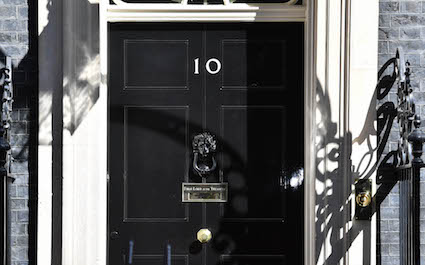 VINCE Cable says it could be him, Boris Johnson thinks it should be him, and Rupert Murdoch has already decided it will be Michael Gove.

But what are the odds on Britain’s next leader?

– Vince Cable, the ballroom-dancing Lib Dem leader right about the financial crisis and wrong about everything ever since. Poised to ride an anti-Brexit popularity surge all the way into government, where only two years ago he was ineffectual and shit. 100/1

– Boris Johnson, the charismatic former Dulux dog once funny on Have I Got News For You who has surely milked that dry. As an architect of Brexit, Johnson hopes becoming prime minister will delay his eventual trial, imprisonment and execution. 9/2

– Jeremy Corbyn, marrow-fixated Labour leader popular with the young, the middle-class and the hugely fucked-over. Kind-eyed, avuncular communist Jeremy must wait until the 2022 election to take power, unless armed revolution is easier. 11/2

– Jacob Rees-Mogg, cruel East End orphanage-owner whose hobbies include rubbing his hands together, sinister laughs and country jaunts on the velocipede. If appointed, would insist on all Parliamentary business and Brexit talks being conducted in Latin. 20/1

– Tony Blair, returning to his signature role like Stallone did in Rocky Balboa and Creed, would forge a new party from the ashes of Labour and the Tories, stop Brexit, restore prosperity, return public spending to mid-00s levels and then go and invade Iraq again. 50/1

– Some Tory you’ve never heard of, chosen by MPs as leader on the basis that the public does not hate them yet and they cannot be worse than Theresa May. Evens

– Someone who actually has a fucking clue, an option much-requested among the electorate but yet to find favour among the political classes. 1,000/1