Pathetic excuse for man only runs half marathon

A FEEBLE loser has announced plans to run a pathetic 13 miles to derision from his friends, family and colleagues.

27 year-old Tom Logan declared his intention to run a half marathon to ashamed loved ones who cannot understand why he is humiliating himself, and them, like this.

Wife Clare Logan said: “I’m standing by Tom. Even though he’s only half a man.

“What I say is that he’s challenging prejudices, that there’s nothing wrong with running a half marathon, and that I’m proud of him, even though I’m dying inside.

“Clearly it’s mortifying to see your husband debase himself like this when everyone else’s is doing the full 26.2, but I suppose at least he felt he could be honest with me rather than sneaking off and doing it in the dead of night.

“I just wish he’d do it dressed as a sausage, so nobody would know.”

Colleague Stephen Malley said: “He’s asking for sponsor money. Can you imagine? I don’t hand over a tenner to someone who’s given up before he’s started.

“After 13 miles he shouldn’t even be out of breath.” 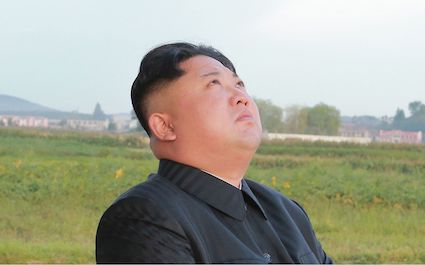 KIM Jong-un and his North Korean regime have been completely disarmed by his friendly new nickname of ‘Rocket Man’, it has emerged.

Kim was given the nickname by President Trump, who repeated it in yesterday’s UN speech, and admitted that it has really boosted his self-esteem.

He said: “All my life I’ve felt like just one more Kim.

“Trump may have threatened to totally destroy my country but he also gave me the respect of a cool nickname relating to my favourite hobby of testing intercontinental ballistic missiles, which made me feel warm inside.

“I am Rocket Man now. I’m an individual who’s earned respect from his peers on his own merits, and it feels special.

“I will cover the whole of North Korea in nuclear missiles, aimed at every country in the world, so everybody will remember my new name.