TROUBLED sloth-wear vendor JJB Sports is to market its goods at sporty people.

Since its formation in 1971, JJB has built a nationwide network of stores servicing the tracksuit needs of idle people and petty criminals.

However recent changes to the benefits system and a clampdown on the sort of thefts where the loot is taken straight to a cash-exchange shop have eroded its core customer base.

A JJB spokesman said: “The idea came during a crisis meeting when an executive asked where the word ‘sports’ in JJB Sports came from.

“Back in the 70s television channels were called ‘tracks’, hence ‘tracksuit’ was the name Mr Sports gave to his lightweight television-watching trousers.

“But by pure coincidence, the type of breathable, shiny leisure-cum-burglary-wear we sell is quite well-suited to sports like running or tennis.”

He added: “The new message is, our clothes aren’t just great for telly, robbing or sitting outside Wetherspoons smoking skunk while repeatedly pulling your terrier’s lead so hard its front legs leave the ground. You can do sport in them.

“Our only problem now is that no-one except middle class children or retired dentists really does any physical activity.” 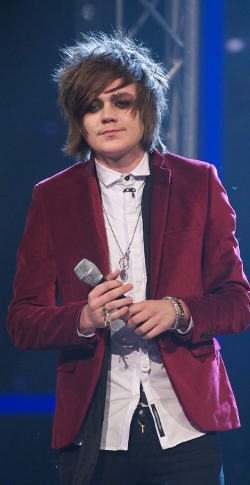 SIMON Cowell hopes to revive the embattled X Factor by stitching the contestants together into a ‘single entertainment organism’.

The sensational, surgery-based surprise follows a desperate few weeks for the show, which has become so nauseatingly abysmal and demeaning that UK television audiences are beginning to consider not watching it.

A Syco spokesman said: “The caterpillar perfectly encapsulates the X Factor ethos – the show is all about everyday people being transformed by creativity.

“Except our finalists won’t actually become butterflies. Rather when the public grows tired of their antics they will be shot and their skin used to upholster pouffes for Simon’s holiday zeppelin.”

He added: “We pumped sedative gas into the X Factor house via the air conditioning. Once the hopefuls were safely unconscious, we sent in demented doctors to sever their knee ligaments so they could only crawl and then stitch them together, mouth-to-anus.

“Naturally Frankie Cocozza is at the rear of this talented tube of humans, because of his annoying hair.”

Flame-haired teen songstress Janet Devlin will lead the grotesque quasi-larva, delivering a haunting rendition of Enya’s Orinoco Flow next Saturday with the other finalists flailing their crippled limbs in a macabre hokey-cokey.

However a show insider claims that the transition from singers to mutilated freaks has been less than smooth.

She said: “There’s been a lot of tears and bleeding in rehearsals.

“At this rate I doubt we’ll manage much more that a basic scuttle by the weekend.”