Al Qaeda To Rebrand As 'Scimitar3000'

THE world’s leading terror provider is to overhaul its identity in a £20m rebranding strategy.

With an ever increasing number of angry Islamist groups, the Al Qaeda leadership believe ‘Scimitar3000’ will set them apart as, “professional, efficient and profoundly insane”.

Ayman El-Mukhtar, Al Qaeda’s head of marketing, said: “Many people do not now how to pronounce Al Qaeda. We get ‘Al Kayda’ or ‘Al Ka-ee-da’ and one of those annoying little Scotsmen at the BBC insists on ‘Al Kie-da’. It does my bloody head in.

“And even if they pronounce it right they always get the translation wrong. Some think it means ‘The Base’ while others say it means ‘The Head’. I spoke to one guy last week who though it meant ‘The Bongos’.”

He added: “Scimitar3000 is clean and stylish with a high recognition factor. It focus-grouped incredibly well in Peshawar.

“And although it looks hip, it also says we have not lost touch with our roots. It says ‘this a 21st Century killing machine founded on the principles of medieval bloodlust’.”

But the move has angered the organisation’s grass roots. One low level operative in western Europe, said: “We’re having to sell knocked-off iPods to raise enough money for flying lessons and they’re spending £20 million on a letterhead. Sometimes I wonder why I want to blow myself up.”

Wayne Hayes, of London-based brand consultants Conceptomatix, said: “I look at the big sword and I think ‘swoosh!’ It makes me go all wobbly and want to sit down and have a bowl tea and some hubbly-bubbly with a large Afghani tribesman. Super.” 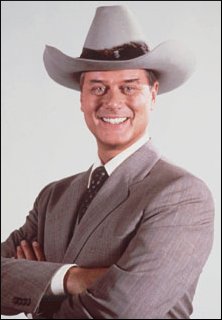 SKY television is to devote an entire day of programming to the growing threats faced by the international oil industry.

Presented by Denise Van Outen, the 16 hour spectacular will explore the proud history of oil and expose the unwashed communists who want to ruin your lives.

The event kicks off with the one-hour special Without It You'd Die in Agony. Billed as a light-hearted guide to the everyday uses of the world's favourite substance, it will include a thrilling demonstration of how quickly oil can help to ignite thousands of annoying trees.

The Greatest Men in the History of the World will profile heroes of the oil trade including John D Rockefeller, the man who bought his own personal army of midgets and paid US Presidents to dance, and King Faisal of Saudi Arabia, the founder of Islamic fundamentalism who once devoured a baby elephant using a giant golden spoon.

Meanwhile the tedious environmental Marxist George Monbiot will be the subject of an hour long profile, The Man Who Was Very Boring and Had a Very Tiny Cock.

In The Fuel of God, Roy Hobbs, Professor of Theology at the University of Texas, will reveal the coded messages in the Bible which warn of pestilence and plague if man turns his back on petroleum distillate, while The Carbon Files will reveal how CO2 emissions make you taller and more attractive to sophisticated foreign women.

The day will end with a screening of Armageddon followed by the episode of Dallas where Cliff Barnes thinks he has finally got one over on JR only for JR to turn the tables on him at the last minute and call him a loser.

A Sky spokesman said: "Some broadcasters feel they have a duty to be impartial when it comes to these issues. Well, over here at Sky we're pretty bloody partial. Would you like some petrol vouchers?"