Aldi openly targets middle class people who are in the shit

DISCOUNT supermarket Aldi has launched a new marketing campaign aimed at middle class people who have fallen on hard times.

The aggressively-expanding store’s new television advert shows a professional couple being escorted out of Waitrose after their card is declined.

An Aldi spokesman said: “We see a nice-looking couple, Emma and Rob, humiliated in front of the Waitrose queue by a manager who tells them they have been living above their means.

“They end up huddled and freezing in the car park, wondering if they will ever again eat cured meats, when Emma spots a distant Aldi store sign glowing like a beacon of hope.”

Aldi has seen massive growth among the kind of middle class people who have been fucked into a round hole by the economy, but this is the first time it has openly courted them.

Graphic designer Tom Booker said: “Times are not great and last week two massive Brummies came and towed the wife’s Volkswagen. Plus we had to shell out for half term at fucking Center Parcs because we’d already agreed to go with another slightly more affluent family.

“I am definitely open to walking around an aircraft hangar picking up armfuls of tinned tomatoes and weird almondy cakes.” 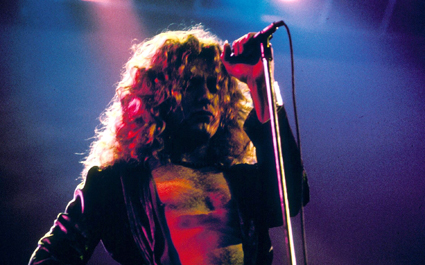 LED Zeppelin’s fans are to be known as ‘Zepsters’, it has been announced.

More than 26 million devotees across the world are now officially Zepsters who enjoy Zepping out, something which they are struggling to explain to their families and friends.

“Fans can be members of up to six fandoms at once, so you can be a Beatlemaniac, a Blockhead and a Libertine Keen Bean all at once.

“Anyone not following these rules will have their fandom revoked and be demoted to the level of ‘enthusiast’.”

Scaffolder Norman Steele said: “I don’t want to be called a Zepster, I don’t want to call Robert Plant Captain Zep, and getting my tattoo changed will be a nightmare.