All alcohol looks classy in a box

ANY bottle of alcohol will instantly look classy when placed in a box, experts have confirmed.

Researchers found that everything from expensive spirits to bottled beers will look like a collectable item instead of just a potent narcotic.

Professor Henry Brubaker, of the Institute for Studies, said: “You could do it with White Lightning. Put it in a wooden box with ‘White Lightning’, carved down the side of it and it would look like something you might put on the mantel piece.’

“Not something you would drink in a park shortly before soiling yourself.”

He added: “If you put a can of Scrumpy Jack in a box, next to a frosty pint glass, it would look like something you might give to your dad on Father’s day.”

Professor Brubaker also confirmed that the reverse is true: “If you drink expensive champagne out of a Styrofoam cup, you will end up thinking ‘Why the hell would anyone pay £100 for a bottle of this?’” 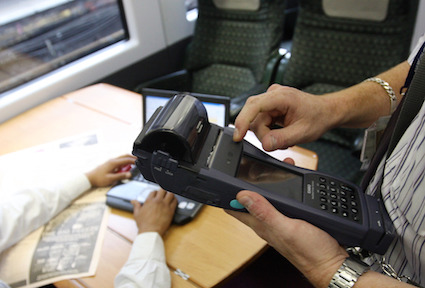 A TICKET inspector has convinced passengers he is taking part in a dickhead contest.

Norman Steele takes great pride in not only catching people who have not paid the correct fare but also in enforcing every kind of law that the train companies will allow him to.

Steele lied: “I take no pleasure in it, but a world without law and order is a world run by chaos. Not on my watch.”

He added: “I’m kind of like a sheriff on these trains. And if they asked me to then, yes, I would carry a gun.

“I would hope to never have to use it, but I’m also a realist.”

Passenger Bill McKay said: “What terrible thing happened to him? Rough divorce? Bullied as a child?

“Or maybe, just maybe, he genuinely wants to be the world’s biggest dickhead.”