All brands either annoying or evil

BIG brands are all either irritating or demonic, it has emerged.

Researchers at the Institute for Studies compiled a list of Britain’s top brands, and found that they either have wicked schemes against humanity or adverts that make you want to harm yourself.

Professor Henry Brubaker said: “In the ‘obviously up to no good’ camp you have brands like the Conservatives, UKIP and any fizzy drink company.

“On the arguably even worse ‘annoying’ side you have smoothie makers, fucking Moonpig and Waitrose.

“Interestingly Apple straddles both sides, being simultaneously annoying and evil.” 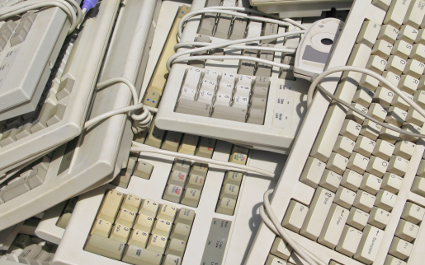 THE abandoned, broken ruins of 1990s internet sites are popular destinations for tourists unable to believe that people once lived there.

Guides wearing the authentic period costumes of long-sleeved t-shirts, combat trousers and record bags explain that the remains of Altvista, MySpace and AskJeeves were once thriving metropolises with millions of unique visitors.

19-year-old Carolyn Ryan said: “They take you to an all-beige waiting room where the dial-up tone plays, a haunting melody from my early childhood.

“Then you’re released into the wild, unregulated internet. At first it’s a dizzying expanse of white, then it slowly begins to appear in horizontal chunks from the top down.

“Flashing text, visitor counters, the unironic use of multicoloured Comic Sans and everywhere the eerie, piping sound of 96mb MP3s downloaded through Napster and played on WinAmp.

“It was sort of beautiful.”

Guide Norman Steele said: “I warn people to keep clear of the swamp of GeoCities webrings and not to step on any Freeserve email addresses because, unbelievably, some of them are still occupied.

“It’s funny watching them get all nostalgic about what to them is a vanished time of wonder, while to those of us who lived through the 90s it was a era of harrowing misery we can never forget.”