The two products are identical except for the name.

Marketing consultant Julian Cook said: “Bounty bars are perceived as something someone’s mum might treat themselves to at Christmas. Also the tropical aspect has a bit of a ‘divorced woman on holiday looking for cock’ vibe.

“However there’s a lot of men out there keen to each mulched coconut without compromising their masculinity.

“Bounty Hunter sounds cool and macho, like something an MMA fighter would eat.

“Whereas Bounty sounds like an Italian film from the fifties, probably with Sophia Loren as a beautiful housewife who longs to kill her philandering husband with a coconut.”

We get that f**king vinyl is back, says everyone 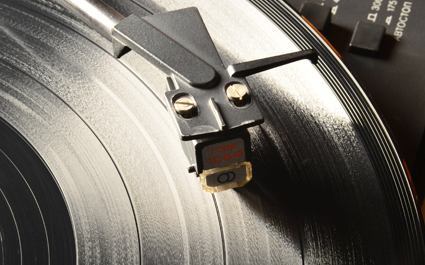 EVERYONE is now fully aware of vinyl’s resurgence and would prefer to hear no more about it, it has been confirmed.

As vinyl sales continued to climb, consumers said they got the message about eight years ago when news websites were averaging 6,294 ‘vinyl is back’ stories per month.

Mother-of-two Susan Traherne said: “Apparently vinyl has returned because people prefer the physicality of a thin black disc, and it sounds more organic, and they like the cover art.

“I have involuntarily absorbed that information from briefly glancing at several hundred articles and television news packages on the subject.

“However I DO NOT GIVE A FUCK.”

She added: “I actually like records but this topic is far less interesting than middle-aged male journalists think it is.”

Plumber Roy Hobbs said: “I am happy for record shops, but I am equally happy to just assume that they exist and that records can be purchased from them.

“Please God nobody start buying Betamax videos again or we’ll have to spend the next five years hearing about that.”

Vinyl sales data shows that 98 per cent of records sold in the last year were by Paul Weller and Noel Gallagher, or are Taylor Swift picture discs purchased on Record Store Day to be immediately re-sold on eBay.