MILLIONS of people are spending time outside where they have pretended not to be slightly cold.

Office worker Emma Bradford sat in a local park where she discovered that it looks warmer than it is.

She said: “It’s so nice seeing the sun again. Although the breeze is surprisingly fresh and there are a couple of large clouds hovering around.

“I probably should have brought a jumper.”

Drinker Tom Logan had taken to his local pub garden: “This is glorious, or at least it was half an hour ago before the sun went in.

“Nobody wants to suggest going inside but everyone is thinking it. I’m not going to crack first, it’s a matter of pride.”

Meteorologist Nikki Hollis said: “When we say it’s hotter than Spain, bear in mind that Spain is actually not that hot at this time of year. In fact they would consider this to be miserable scarf weather.

“It’s fine though, if you don’t linger in it. Make sure to stay hydrated by drinking a normal amount of fluids.”

All things now healthy and unhealthy at the same time 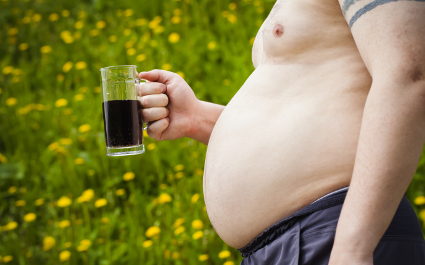 EVERY possible lifestyle choice is simultaneously good and bad for you, it has been confirmed.

After it was claimed that being overweight can help prevent dementia, doctors confirmed that eating vegetables, exercise and even smoking similarly exist in a quantum state of being both right and wrong.

“Doing running makes you more toned, but you might have a heart attack. So again, that one’s up to you.

“Smoking makes you die a slow and lingering death, but on the other hand it does help with stress which is the Western world’s biggest killer. And so on and so forth.”

She added: “Basically just do what you want.