THE Green Party has been told to scrap its manifesto after it claimed oil would eventually run out.

The party has been dismissed as ‘a bunch of utter psychopaths’ for rejecting scientific evidence that the world’s oil wells replenish themselves every five years.

The manifesto will state: “What about, right, we maybe try to make electricity with other things like wind and waves and sunshine? Because when people say that oil will last forever they’re, you know, talking shit.”

A Green Party spokesman: “It’s a radical idea, certainly. But how do we prove it? Well, this lunchtime go and get yourself some soup and then eat it all. You’ll notice that once you’ve eaten all of it, it’s not there any more. That cup of soup is finished.

“Do a before and after picture then show it to your friends to see if they can tell the difference.”

A Conservative Party spokesman said: “Have you ever heard anything so dangerously unhinged in your life? Was it written by Charles Manson?”

Man with mortgage and kid unable to throw out rave tapes 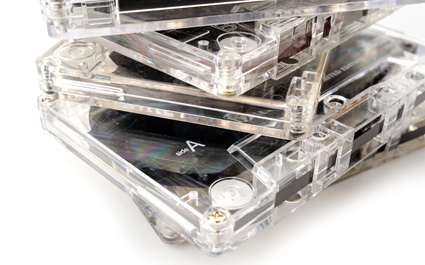 38-YEAR-OLD Tom Booker has decided at keep his rave ‘tape packs’ despite being an adult with responsibilities.

Booker discovered the cachet of cheaply-manufactured 90s cassette tapes including ‘Top Buzz at Fantazia’ and ‘Ratty and Pilgrim at Universe ’91’ in a cardboard box while clearing out a spare bedroom.

He said: “There are some classics in here. Great tunes and even the MCs aren’t that annoying.

“However I no longer have a tape deck and am also under pressure from my wife to make space for a nursery.”

Booker deliberated while pulling out more of the outsized plastic boxes containing up to 12 tapes each, with shitty cover graphics of things like a woman’s face floating in the sky.

“I’ve just found ‘Dr S Gachet at Desire ’94’ and I am fucked if that is going to the charity shop.

“My wife may feel differently but Gachet is a badman and that is 45 minutes of atmospheric drum and bass that needs to be preserved for future generations.

“I have been focused on family and career but finding these tapes has made me realise that the important things in life are raving and getting off your head.”