Cameron being hassled by Thatcher’s ghost

DAVID Cameron has told close friends he is being continually hassled by the ghost of Margaret Thatcher.

The prime minster has secretly admitted that Thatcher’s ghost keeps ‘popping up’ without warning and telling him what to do.

A source said: “On Sunday he was brushing his teeth, bent over to spit and when he looked back in the mirror she was standing behind him.

“She said ‘good morning David, let’s talk about right-to-buy. That was such a wonderful idea, wasn’t it?’. She always waits until he’s off guard before she materialises.”

The source added: “He’ll be getting something out of the fridge and when he closes the door – boom – there she is.

“Last time she said, ‘I always wanted to reform inheritance tax. If you do it for me I’ll be released from limbo’.

“He’s getting really stressed by it. He says he hasn’t been to the bog on his own for about a month.”

Another source said: “He’ll deny it, but watch out for the signs. He’ll raise his voice or just stop mid-sentence, as if someone is constantly interrupting him.”

Everyone in London doing medical testing 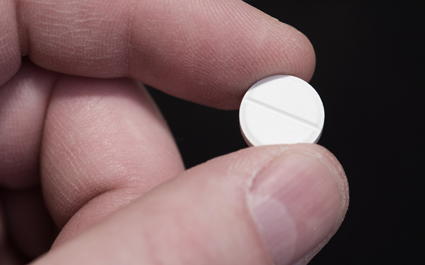 ALL Londoners are taking part in paid medical trials so that they can afford to continue living there, it has been confirmed.

The cost of living in the capital means that even the wealthy are renting out their bodies as receptacles for experimental drugs that will probably not harm them.

The Mayor of London, Boris Johnson said: “Despite having a decent job I’m always looking for extra cash because this city is a bitch.

“All I have to do is take these tablets, twice a week over the course of a month and then at the end they give me £2,000 to help keep the lights on.

“Some of the side effects include garbled speech but evidence of that I haven’t much seen.”

Musician Eric Clapton added: “All I’ve got to do is drink a vial of beige fluid once a week for three months and keep a diary of any hallucinations.”

However the popularity of drug testing has increased competition in the low-dignity part time work market.

Struggling musician Tom Logan said: “There aren’t enough experimental medicines to go around. I had a sweet gig doing life modelling on Tuesday evenings but then Alan Yentob muscled in on that, with his big talk about knowing famous artists.”