A REVOLUTIONARY new type of plastic surgery does not make people look worse than they did before.

Innovative techniques mean patients will no longer resemble varnished shop window dummies that have slightly melted in a fire.

Plastic surgeon Stephen Malley said: “Previously we thought the inevitable outcome of face lifts and rhinoplasties was to give patients an unsettling, not-quite-human appearance like the Autons in Doctor Who.

“But we have perfected a series of radical new techniques, such as not chiselling perfectly normal noses into unusual shapes that don’t exist in nature.

“We’re also experimenting with not doing something weird to people’s eyelids or carving their face into the likeness of a startled skeleton.”

Malley will also turn his attention to other areas of cosmetic surgery, including breast implants that are breast-shaped rather than looking like half an 18th century naval cannonball.

Dawkins to turn his hand to vintage motorbikes 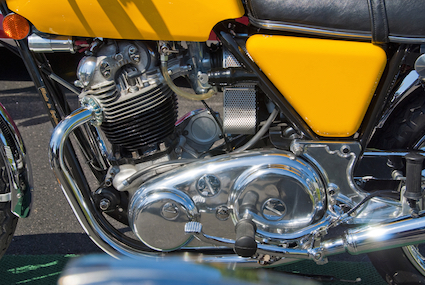 RICHARD Dawkins has ditched his atheism campaign in favour of restoring Norton motorbikes.

After a new survey found the majority of the UK followed no religion, the biologist handed in his placards and loudhailer to spend his retirement pottering around in his garage.

Dawkins said: “I’ll stay on Twitter but it’ll mostly be asking if anyone has a spare pushrod for a 1968 Norton Commando.

“That said, I will be asking why the Muslim world has never produced any four-stroke engines of note outside of the Royal Enfield Bullet, which is a dog of a ride compared to the rationalist majesty of a Triumph Bonneville.”

The survey also found that while religion was on the wane, the faith that Made In Chelsea was real was on the rise as a form of irrational belief.

Over 60 percent said that while they did not believe in the afterlife, they did believe that rich people discussed their infidelity in brightly lit wine bars.