BSKYB is to change its corporate logo to a manicured hand flipping off the whole world.

The new logo, based on a photo of Rupert Murdoch waving goodbye to redundant News of the World journalists, was felt to convey the universal message, regardless of language barriers, that everyone else can go fuck themselves up the pisshole with a bent fork.

A spokesman said: “It’s important that we stay true to our core values of up yours, allied to maintaining rigorous standards of we could buy and sell you, you snivelling piece of shit.

“We went for the finger after our lawyers said there was copyright issue with the image of a boot crushing a human face forever.”

The rebranding will involve all newly-installed Sky dishes being the shape of the 80 year-old’s hand saying ‘fuck you’ to God, with pop-up adverts in every national newspaper reproducing his gnarled digit unfolding from the middle pages.

Customer reaction has been mixed, but a focus group survey found that most would have no problem with rectally inserting the company’s new hand-shaped viewing card so long as football came on the telly.

BSkyB enabler Wayne Hayes said: “I think it’s dreadful what they did to Milli Vanilli – is that right?  – but I’m choosing to squint at the new logo until it looks like a spoon sticking out of a bowl of ice cream.

“Twelve months of lubrication and discomfort to ‘install’ my Sky card is still preferable to Gary Lineker presenting Match Of The Day. And to avoid Alan Shearer I’d cheerfully smash my ballsack open with a pineapple.”

Hollywood must allow theft of piece of shit films 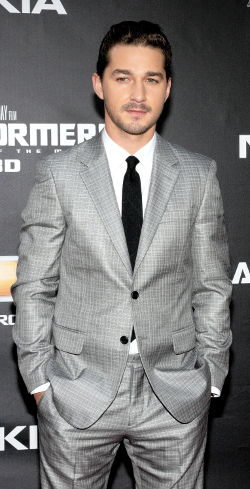 FILMS without merit can now be downloaded without fear of prosecution, it has been confirmed.

In a landmark legal decision, UK judge Deny Finch-Hatton ruled that films like She’s Not That Into You, Big Momma’s: Like Father Like Son and the recent semi-attempt at The A Team should be free on the basis that they already have no value.

He said: “The unpaid-for viewing of, let’s say, The Bounty Hunter, is at worst a ‘self-punishing crime’. That’s two hours of your life you could’ve spent lancing an infected abscess on a cow’s back while being repeatedly stung in the eye by a massive hornet.

“We can pursue the punishment of these individuals through the courts or we can say ‘it’s a romantic comedy with Brendan Fraser and a talking weasel, and if you want to proceed with watching it on those terms then really it’s your call’.”

He added: “This certainly also applies to anything with Kevin James in it. He’s the one who might be an overweight Vince Vaughn and whose name you didn’t actually know before reading this, but he’s in that new piece of shit about sassy animals in a zoo.”

A police source said: “It appears he just wanted to create an illusion of demand for the film, if only among law enforcers, in a perverse attempt to make himself feel necessary.

“We couldn’t arrest him. We just hung our heads and backed out of the door.”