Bus company announces plan to do its job properly

A BUS company has unveiled a radical new approach that involves buses running vaguely on time.

With buses across the UK turning up whenever the fuck they feel like it, the new plan will see bus drivers at least try to conform to some sort of timetable.

A spokesperson for the newly-formed Punctua-Bus company said: “Rather than just saying fuck it and letting the buses come and go on a random basis, or just cancelling services without telling anyone while they wait in the rain, we’ll try to organise them a bit.

“We can’t promise that every bus will be on time as that would require genuinely hard work and commitment to our jobs, and who’s got time for that?

“But what we can guarantee is when the bus is 20 minutes late after the last bus didn’t show up, the drivers will now be encouraged to acknowledge this and not just snarl at you for wanting to get to work.”

Bus driver, Bill McKay said: “I don’t like these new fangled ideas about being on time and not acting like a prick.

“I mean, what’s the point in being a bus driver if you don’t get to be a prick?”

Tedious arse wrongly claiming fascism and communism are the same 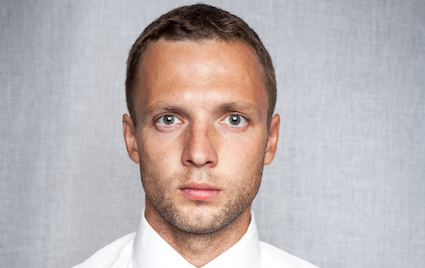 A MAN thinks he is making a brilliant intellectual point by pointing out superficial similarities between fascism and communism for the umpteenth time.

With neo-Nazis currently in the news, sales manager Martin Bishop has been trying to impress people with the hackneyed observation that the two ideologies have a lot in common.

Co-worker Donna Sheridan said: “Martin says communism and fascism are two sides of the same coin, but I think it’s just something he heard and hasn’t really thought about.

“I agree they’re both oppressive, but one’s about obsessive state control of everything and the other’s more to do with racist nationalism. They’re only the same if you ignore most things about them.

“Hitler and Stalin both sent people to death camps, but that’s what dictators do. You’re not going to terrorise anyone by sending them to Butlins, unless they’re really middle class.”

Bishop said: “Communists and fascists are exactly the same because they both like ordering people about, which you can only understand if you’re a deep political thinker like me.

“Also as a right-wing voter it’s somehow reassuring that it’s not just the right that produces all the completely evil bastards.

“And if fascism is only as bad as communism that means I don’t have to feel bad about watching all those History Channel documentaries called things like Third Reich: The UFO Factor.”