A LONDON cafe has been caught refilling its old Heinz sauce bottles with cheaper ‘industrial ketchup’.

Customers at the Penny Farthing in Acton noted that although there were Heinz bottles on its tables, the labels were suspiciously old and grubby.

Lorry driver Tom Booker said: “Heinz has not used this label design for years. These bottles date back to around 2004.

“The ketchup within is a vivid red, it almost looks radioactive. I bet it comes from a catering supplies warehouse in Stoke, probably supplied in big plastic drums labelled ‘1 x Red Sauce HK454’.

“I don’t really give a fuck, but it is misleading.”

Cafe owner Mary Fisher said: “I admit we can’t afford Heinz sauce. It is a luxury condiment. But putting the luminous catering ketchup in the old bottles at least allows our customers to dream of a better life.

“In some ways I am a purveyor of dreams, selling not only fried breakfasts but also the illusion of a high-end sauce lifestyle.” 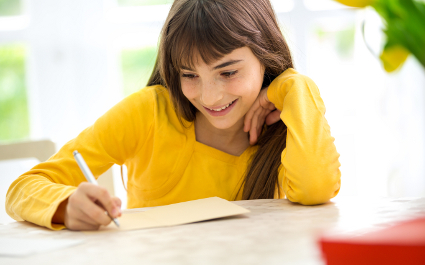 A SIX-YEAR-OLD girl has written a letter to a train company asking why they are such bastards.

Eleanor Shaw’s letter, prompted by her father being late home from work for the past 932 days, is a vitriolic screed of colourful abuse that has touched thousands of hearts.

The letter, which begins ‘Dear Mr Railway Bastard,’ continues: “My big brother has a train set but always crashes the trains, which makes him twice as competent as even the most cretinous cockroach in your piss poor subsidy-drunk operation.

“Just run your shitting trains up and down their twat tracks according to schedule like fucking professionals, not muppets handed a multi-million pound franchise by Tory ideologues.

“Reckon you can manage that? Bollocks you can, fuckwits.”

Commuter Tom Booker said: “Somehow, in her childlike way, she’s managed to say exactly what all of us have been thinking.

“Who can ignore this little girl’s simple, heartfelt plea for the entire board of directors at Southern Rail to be shredded and fed to foxes?

“The least they can do is make her wishes come true.”

The rail company wrote back: “Dear Eleanor, our trains are usually on time but your daddy is late home every night because he’s having an affair.

“All the best, Southern Rail.”