Coffee round so complicated it requires a specialist

A CITY accountancy firm has advertised for a trained specialist to deal with its daily coffee round.

The process of remembering who takes milk, soy milk, skimmed milk or cream has become so complicated that the position has been opened to anyone with a BSc in applied mathematics for an initial £78,000 a year plus bonuses.

Recruitment manager Stephen Malley said: “The coffee co-ordinator needs to be capable of turning round a tight order under pressure, of remembering that the risk analysts take cinnamon sprinkles and the audit manager needs a chai tea latte, not just a chai tea.

“We’d get the interns to do it, but they’re so stupid they can’t tell the difference between Kenyan and Eritrean beans.”

“Remembering them all is tough, but the key to being successful is that nobody has a clue what they taste like and they’re too busy to drink them anyway.

“Sometimes I bring warm milk and nobody notices.”

We’ve all f**ked up at some point, Britain tells Bassett 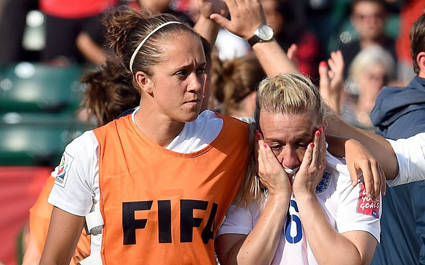 BRITONS are confessing their cock-ups in a show of solidarity with footballer Laura Bassett.

Following an unfortunate own goal in the women’s World Cup, millions of ordinary people stepped forward to share their most personal stories of not doing something quite right.

45-year-old Norman Steele said: “We’ve all fucked up at some point, but most of us didn’t have an audience of millions because we weren’t talented enough to be on telly.

“I once forgot to set the burglar alarm when leaving work, and that night burglars came and burgled the hell out of everything. They even took the drinks machine.

“I’ve never told anyone that before.”

Mother-of-two Emma Bradford said: “I borrowed my dad’s car and put diesel in it even though it takes unleaded. To make matters worse, I was so embarrassed that I pushed it off a cliff into the sea rather than tell him.

“I got away with it until today, but I want Laura Bassett to know that everybody’s human.”

Plumber Stephen Malley said: “I deliberately burned down a furniture warehouse as part of a massive insurance scam. In fairness that was more of a deliberate criminal act than an innocent mistake, but I still felt bad about it.

“I suppose my point is you’ve got to learn from your mistakes and not let things fuck with you. Even if you’ve done a quite serious crime, which she hasn’t.”

Meanwhile, researchers from the Institute for Studies found that the average human fucks up between three and five times a week.