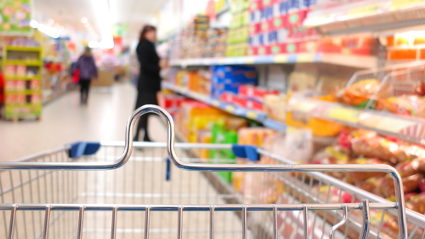 A COUPLE will spend Friday night attempting to do all the big five supermarkets in a single shopping trip.

Joe and Karen Turner have previously attempted the ultimate crawl, a badge of honour for shoppers, but ran out of money only three supermarkets in.

Mrs Turner said: “Last time it was spontaneous and we got blindsided by the ready meal deals in Waitrose.

“Sainsbury’s first, to stock up on cheap carbs and fortify ourselves for the night. Then Tesco because it’s the biggest and unless you tackle it early in the night you won’t make it past the big tellys.

“Then Morrison’s because it closes early so it’s a rookie mistake to leave it late. Then we’ll calm it down a bit with a Waitrose. Just a basket shop to give ourselves some breathing space.

“And last of all Asda, because it’s open all night and they don’t give a fuck what state you’re in.”

The couple plan to get a plastic bag from each store and frame them to mark their epic achievement.

Torrential rain forces man to eat lunch in YO! Sushi 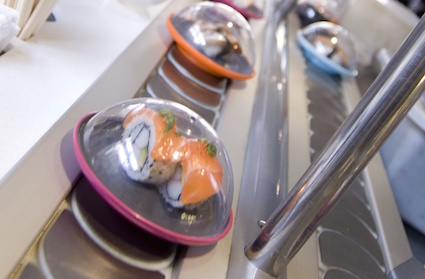 A SUDDEN heavy downpour left a man with no choice but to eat raw fish for lunch.

Julian Cook was shopping in Manchester yesterday when torrential rain forced him to seek shelter in the local branch of YO! Sushi.

He said: “I stood in the doorway for a couple of minutes. The staff were staring at me as if to say, ‘what are you playing at? Do you want some raw fish or what?’.

“I was starving. Like proper starving. It was either eat there or get dangerously wet.”

He added: “It was like an out of body experience. I sat at the counter and a few moments later I saw my hand reaching forward for a plate of little pink and white parcels that I assumed was the food.

“All around me was the chatter of YO! Sushi diners. I cannot stress strongly enough how much shit they were talking.

“Anyway, I ate the food and it was not hellish. I’ll probably end up going back. Why? Because I don’t know who I am anymore.”