Couple who bought house now interested in 'the economy'

A COUPLE who bought a house are suddenly interested in ‘the economy’, their friends have confirmed.

Ever since purchasing a two-bedroom end-of-terrace, Stephen Malley and Eleanor Shaw have been making a big show of reading the financial pages and talking about exchange rates.

Malley said: “No more Maxim for me, it’s the FT all the way. I still wank over it, but in a different way.

“After all, investing in property is one of the biggest commitments you can make. What’s going to happen to the value if the Dow Jones takes a plunge, or wheat prices fall? Then we’d have to invest in wine or vintage action figures.”

Friend Joanna Kramer said: “Every conversation ends up being about the economy, like they’re Warren fucking Buffet or something. Honestly, no one cares if interest rates go up by quarter of a per cent, or the pound drops against the yen.

“They used to be okay but after this house thing they’ve become everything they used to hate.”

Eleanor Shaw added: “We’ve actually started a band called The Economy, inspired by capitalism and a solid work ethic. We sound quite like Mumford and Sons.”

Twats up ante by going to foreign music festival 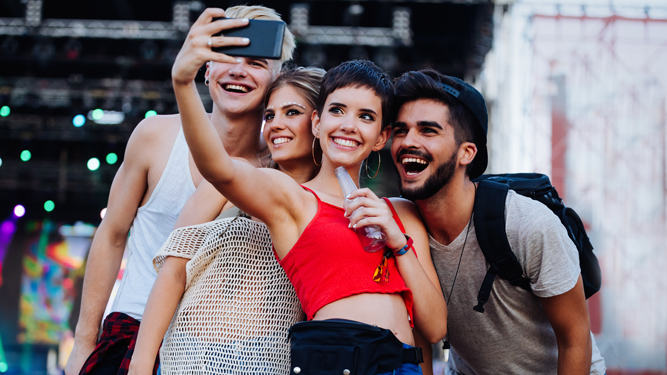 SMUG twats who live to outdo their friends have upped the ante by attending a music festival in Portugal.

Nathan and Milly Muir are attending the Paredes de Coura festival this weekend to see acts they could easily have seen at a UK festival except that wouldn’t be twatty enough.

Nathan said: “It’s like this perfect mix of Anglophone vibes and relaxed continental sophistication, you know? And all at the beach. Sorry in the woods, Milly says it’s in the woods.

“The UK festival scene, it’s so depressing. All those lagered-up lads with no shirts screaming Mr Brightside. This’ll be so much more chill.”

Friend Stephen Malley said: “Even though they’re flying to another country to see Skepta and Arcade Fire, both of which I know for a fact play normal places, they manage to make it seem like they’re special and we’re wrong.

“Christ, I’ll probably end up doing one soon. Where twats like them lead the rest of us follow. It’s pulled pork all over again.”