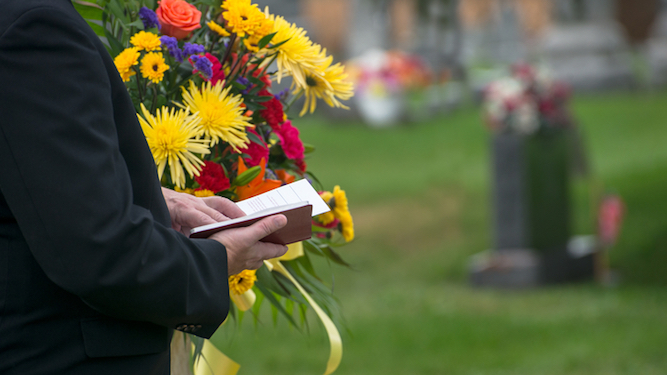 IN a moving ceremony the last person who shops at Currys these days was committed to the ground in a mediocre fridge-freezer.

Pensioner Mary Fisher, 95, bought many items at Currys due to not really understanding electrical or electronic goods and being too scared of computers to shop online.

A Currys spokesman said: “This is a very sad time for us. Mary was the sort of elderly customer we depend on because they are a bit clueless about good deals.

“She will be sadly missed by the staff at her local Currys in Norwich, where they will have nothing to do but stare aimlessly at the vast array of garish, low-performance laptops.

“Mary was the last of her generation, by which I mean people who don’t compare prices online and buy Nintendo games that will be completely useless on their grandchildren’s Playstations.”

At the well-attended funeral Fisher was buried in an overpriced £249 Zagtech L770 fridge freezer that is surprisingly noisy and which a younger, more clued-up consumer would never buy.

Mourner Eleanor Shaw said: “It was a beautiful service. It’s just a shame the fridge-coffin came with the wrong door and they had to go back to the depot for a new one.” 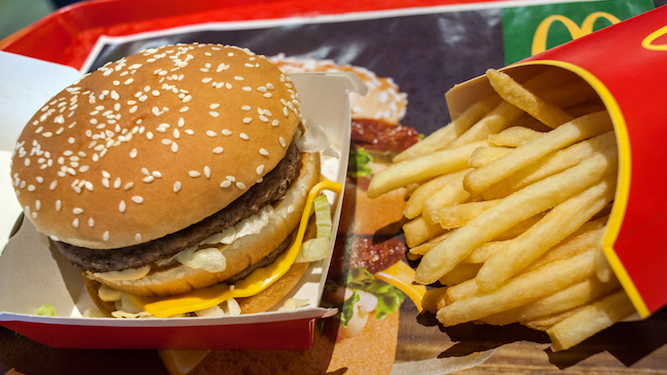 DO you desperately want to believe you can outwit fast food restaurants with secret ‘hacks’? Here are some amazing ones that definitely aren’t bollocks.

Turn an ordinary hamburger into a Big Mac by asking for special sauce instead of ketchup. Then add two cheese slices, a cold burger you’ve brought from home and a slice of white bread cut into a 5” disc. Hey presto – a bargain ‘Big Mac’ and you only look like a sizeable twat!

Just order coleslaw and gravy. They’re not expecting this so it confuses their till system which means they have to give you £1,500 in cash and 600 pieces of chicken.

All Chicken Cottage branches have a secret VIP champagne bar if you know the codeword. Simply say the phrase ‘Beaky beaky grease grease’ and you’ll be ushered to an elegant Georgian room where you can eat chicken with your fingers with Tom Hiddleston, Patrick Stewart and the Queen.

Get free Whoppers as follows. When your burger arrives, gobble it down BEFORE handing over your money then refuse to pay. The police can’t touch you because there’s no evidence a crime has taken place. (This also works if you want to do a murder.)

Nando’s chicken is yummy, so simply set up an international peri-peri chicken franchise of your own that uses an identical recipe. If your staff won’t give you free chicken, just sack them.

‘Customise’ your pizza but ask for dangerous toppings, such as broken glass and a dead rat. When the pizza arrives, sue them for millions. Then you can give up your job, hang out on luxury yachts with models and stop eating fast food shite.