INTERNET bank Egg has defended its decision to cancel thousands of credit cards, describing its unwanted customers as 'prudent and reliable scum'.

The bank has been accused of stigmatising those who fail to get into financial difficulty, and damaging their chances of ever being able to pay interest of up to 22.5% APR.

An Egg spokesman said: "We discovered thousands of customers were using their credit card to pay for things they could actually afford.

"People who pay off their balance every month and have an excellent credit rating undermine our economy and are worse than communist guerillas or the maniacs of 9/11."

He added: "Thanks to this human effluent we are forced to charge our interesting customers £35 for a letter telling them they've gone overdrawn by £35 because we sent them a letter."

But Wayne Hayes, from the Citizens' Advice Bureau, said: "There is a minority of people in this country who, for a variety of reasons, are able to clear the balance on their credit cards every month.

Meanwhile Egg is to relaunch its range of credit cards with a new advertising campaign, accompanied by the slogan: 'Go on, piss it up the wall, you feckless arsehole'.

We Only Bug The Brown Ones, Say Police 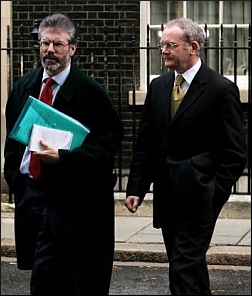 THE Metropolitan Police have assured beige members of parliament that they only bug the conversations of MPs who are either brown or 'brownish'.

Beige MPs from across the House of Commons expressed relief that it was only their deeply suspicious-looking brown colleagues who were having their privacy violated.

Denys Hatton, a Labour backbencher, said: "I know I speak for many of my beige colleagues when I say there is absolutely no need to bug me because I'm not up to anything."

A police spokesman stressed that suspect MPs were easy to spot as they fall within the 'danger zone' of the Home Office colour chart and often have foreign-sounding names.

The spokesman said the force deployed a 'simple and effective' three-point strategy for dealing with people who are either brown or 'brownish':

A) Bug them; B) Mess up their house at two o'clock in the morning; or C) shoot them in the face on their way to work.

He added: "The last thing we want to do is listen to ordinary, beige MPs asking their relatives if the money has arrived, or making appointments with male prostitutes named 'Fernando'."