Energy Firms May Be Run By Shits, Warns Ofgem

SOME of Britain’s biggest energy companies may be run by greedy shits, according to the industry watchdog.

Ofgem said it was launching an inquiry into sales methods after fresh evidence suggested that some fuckers might be at it.

The inquiry is likely to centre on claims that gas and electricity somehow ends up costing a lot more than the companies said it would.

A spokesman said: “At the moment we are looking at no more than 20 or 30 million isolated cases. But we want to investigate and take action now before it becomes widespread.”

Ofgem said there was evidence to suggest that energy companies may be contacting consumers and telling them they should change supplier because they are paying too much. But within weeks it emerges that what the company actually meant to say was that they were paying nowhere near enough.

The spokesman added: “If all the companies do this at the same time then you end end up with a situation where every consumer is paying more money and the companies all make bigger profits.

“Obviously gas and electricity tariffs are extremely complex so it may well be that this has happened by accident, rather than via a shameless act of total and utter bastardry that makes you wonder how these people can sleep at night until you realise they probably sleep like babies and that in itself chills your very soul.

“But now is not the time for bandying around words like ‘evil’ and ‘scum’ and ‘immoral son-of-a-bitch pieces of shit’.”

A spokesman for the Association of Energy Suppliers said: “Did you know that our media statements are 20% cheaper than the quotes you are currently getting from the Society of Gas and Electricity Companies?

“That’s great, can I just take your postcode?”

I Like To Watch Ladies Undressing On The Beach, Says Hague 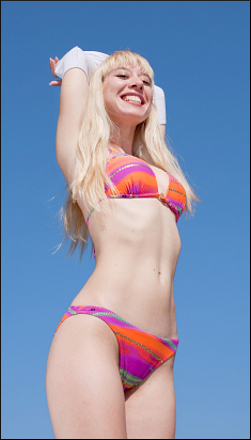 FOREIGN secretary William Hague has revealed how he likes to stare at women as they strip down to their bikinis.

Mr Hague said any beach will do, but he prefers the Costa del Sol and French Riviera because quite often the ladies take off the top bit as well so you can see their boobs and everything.

In a keynote address to the Royal United Services Institute, he added: “Like most men, I look for a nice, elevated position overlooking the beach, put up a folding chair and get out my binoculars.

“I then scan the area looking for some really terrific boobs and knockers.

“Often I make notes or sketches which I then compare with my fellow boob watchers when we meet up for a large number of pints. It’s all just normal, healthy stuff.”

Stressing that the Afghan war was not an open-ended commitment, he said: “And have you seen that Coyote Ugly, when all the ladies dance on the bar? They’re so sexy with their smashing bottoms and their lovely knees.

“And I would also like to stress very strongly that Sienna Miller and Gemma Atkinson would get it. They’d get all of it. Seriously, you’ve no idea.

“As would Linford Christie. What? No, I mean Julie Christie. Don’t Look Now. Very sexy. Oh yes. Donald Sutherland’s dirty big knob flapping about. Actually, that was dreadful. If it was up to me they would all be banned.

Tom Logan, professor of politics at Reading University, said: “While Mr Hague is obviously as heterosexual as the next man, it is startling how many gay Tories there are, given the party’s tradition of viciously anti-gay policies.