Every office has one person who is not a dick

THERE is only one person who is okay in any office, it has been claimed.

Researchers at the Institute for Studies found that, irrespective of size, every company has on its staff one person with whom you could realistically be friends while the rest are a bunch of fucking annoying idiots.

Telesales administrator Tom Logan said: “When I started working here, I immediately hated everyone for the usual reasons one hates people who work in offices.

“The only exception is Carl who works on the fourth floor, he hates it here too and we sometimes go out for a fag together and talk about films. He’s cool and we might even stay in touch after one or both of us inevitably gets sacked.

Researchers found that shared loathing of a job, person or entire organisation is a major factor in whether you will like a colleague.

Insurance agent Emma Bradford said: “People where I work obsesses over snacks and soup drinks because there are stupid, superficial people. The boss is a big time perv but everyone plays along with it because they want more money.

“Except Susan from sales who calls him ‘Fungus the Gropeyman’ to his face. In another life we could have been outlaws together, like Thelma and Louise, instead of pissed-off office workers wasting their lives on bullshit.” 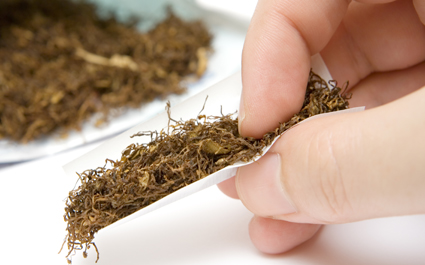 A SMOKER has expressed concern after finding a hair in rolling tobacco that already contained embalming fluid.

Tom Booker discovered the hair whilst making the first roll up from his new pouch.

He said: “It was just looking up at me like ‘and what?’. It might have been a pubic hair or worse still a man’s pubic hair.

“I threw the whole pouch away. I mean, if there are hairs in it, who knows what else could be getting in there?

“The baccy factory needs to check its product before and after all the corpse-preserving additives and any other carcinogens, whether in liquid or gas form, have been added.”

He added: “I don’t mind what’s in there so long as it’s officially allowed to be in there.”