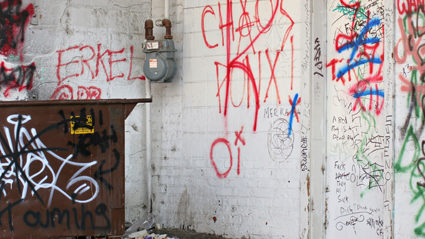 A YOUNG couple have given their frightened relatives a tour of the deprived but ‘up and coming’ area where they have bought a flat.

Julian and Sarah Cook spent the weekend showing Julian’s parents, who live in a large house near Windsor, around the supposedly vibrant area on the outskirts of London where they have purchased a two bedroom flat for £445,000.

Julian’s mother Sue tightly clutched her husband Tony’s arm as they toured a nearby street with several obvious crackheads gathered on a stairwell and the charred remains of a car that somebody had set on fire.

Acting as guide, Julian Cook said: “There’s a new tapas bar opening just around the corner, and a thriving local arts scene. The primary school has a very good OFSTED report although we might go private if I get that promotion.

“It’s handy for the overland train, and there’s a market on Tuesdays where they sell massive watermelons.”

Sue and Tony Cook nodded approvingly during the visit, only sharing their concerns once they had gotten into their brand new Volkswagen Passat and safely locked the doors.

Tony then said: “I’m sure that man outside the corner shop was smoking wacky backy. Seems like a bloody funny place to me.”

Sue said: “As long as they’re happy, I suppose. Are the doors definitely locked?”

Highlighting every word of textbook still most effective form of revision 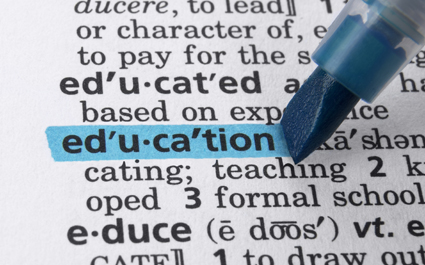 EXPERTS have confirmed that taking a highlighter to 150 straight pages of a textbook is guaranteed to make you pass your exams.

Scientific studies have found that the act of dragging a garish marker pen across page after page of written text immediately transfers 100 per cent of the information directly to your long-term memory.

Professor Henry Brubaker, of the Institute for Studies, said: “We have found a definitive link between turning words bright blue or yellow and remembering them under exam conditions. If you can also put some sticky labels on the text then that’s even better.”

“It’s a commonly held misconception that the best way to prepare for an exam is to develop some kind of rudimentary understanding of the subject matter. That is not the case.”

“Last week I accidentally underlined some of someone’s science dissertation so I now have an impeccable knowledge of quantum physics.”