POTENTIAL employers are to be barred from asking interviewees why their CVs are filled with rubbish from beginning to end.

A recent CBI study suggested that if workers were forced to tell the truth on their resumés, Britain's employment rate would drop to roughly zero.

The government has now expanded the list of 'no-go' interview questions, allowing candidates to portray themselves as hard-working and intelligent, rather than lazy fantasists who spend all day playing Facebook Scrabble.

John Hutton, the secretary of state for business, said: "The last thing we need is to lift up this particular rock.

"Far better to carry on believing that everything is true and that everyone is just great."

Other 'no-go' interview questions will include:

Mr Hutton added: "When I look at my own CV it says that I am a good team player, I use my initiative and that I have a triple first in maths, sculpture and heart surgery from Yale. Bollocks, the lot of it.

"I'm actually profoundly under-qualified and unable to dress myself, but do you want to be the business secretary? Let me assure you, it's absolutely fucking tedious." 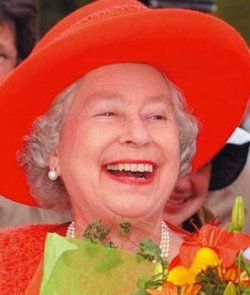 Paul Burrell told the inquest into Diana's life that the Princess was being hounded by a vast conspiracy of racist old people, including her mother, Prince Philip and perhaps even the Sovereign herself.

Burrell described how, two months after Diana's death, he met with the Queen in a darkened room underneath Trafalgar Square.

He told the court: "Her Majesty frisked me and then asked if I had ever seen Fiddler on the Roof.

"When I said no, she slapped a hand on my shoulder and said 'good on you my son'.

"She then lifted the cuff of her smart two piece day-suit and showed me what seemed to be a DIY Swastika tattoo, before winking at me and warning me never to use the public lavatories at Runnymede."

Burrell also revealed that Diana was reluctant to have sex with anyone who was not a surgeon or at least had some form of advanced medical training.

"Oh, she loved the surgeons," he said. "Whenever she saw a good looking man on television I'd immediately have to find out if they had any surgical experience.

"If not she would usually make do, as long as they had seen a recent episode of ER."

Burrell said he was the 'hub at the centre of Diana's spokes', while her brother, Earl Spencer, was the water bottle and Elton John was a set of Shimano cantilever brakes, priced at £8.99 from Halfords.