THE desk of Liverpool manager Rafael Benitez has been moved into the car park as a ‘precautionary measure’, the club confirmed last night. 'You'll all be out here as soon as the weather picks up a bit,' said Benitez

Co-owners Tom Hicks and George Gillet said the move was ‘standard business practice’ in the US.

Hicks added: “We’re due to move into the new stadium in 2011 and we need to start shifting our stuff sooner rather than later. Putting all Rafa’s gear into some cardboard boxes in the car park gives us a head start.”

The manager’s name has also been scrubbed from his parking bay and his name plate removed from his office door in what Hicks called ‘standard health and safety procedure’.

Meanwhile, Benitez has bought himself a small gas stove and a kettle, a fold out chair and a camping table so that he can continue to run the team from the car park.

He is currently sheltering under a golf umbrella held by one of his backroom staff, although he expects to take delivery of a £229 ‘Canberra’ 12 person three-room tent from Argos later this week.

Benitez said: “In Spain I ran Valencia from the beach with just a windbreak and a small changing towel. And this way I can make sure no-one nicks my alloys.”

Banks To Replace Charges With Fees 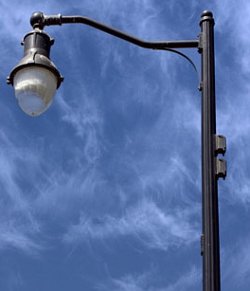 BANKS are to replace charges with fees in a major shake-up of ripping people off. The high street banks currently make £10 million a day by charging people £30 for writing a letter telling them they are £29.95 overdrawn after debiting their account for the £30 cost of the letter.

Under the new system the banks will now make £15 million a day by charging the current account holders a 'fee' but, in a radical shift in banking practice, they will not even bother to tell them why.

Tom Logan, from the British Bankers Association, said: “Banks currently make all their money from harassing poor people and stupid women with too many shoes.

“It’s all rather jolly, but it is not a sustainable business model.

“By charging people whatever we feel like, when we feel like, we can earn millions in fees on top of the millions we earn in interest from lending out people's money to other people.”

He added: “It’s a win, win situation, but mainly for the banks.”

Meanwhile engineering firms have begun producing specially strengthened lampposts to take the weight of dozens of bank executives about to be strung up by seething, blood-thirsty mobs.