SHELL tanker drivers yesterday won a 14% pay rise which means they will now be paid £42,000 a year just to drive a fucking truck.

Union officials earlier rejected an offer of £36,000 as it was clearly not enough money for just sitting in a truck all day, driving.

But they reconsidered after an additional £6,000 was put on the table, agreeing this now seemed the correct amount of money for steering and changing gear now and again.

Wayne Hayes, a Shell driver from Leatherhead, said: "I have to remember to take my truck keys and put my jacket on the right way round.

"I have to open up the cab, get into it, start the truck and then drive off without crashing into anything. Sometimes I have to reverse."

Julian Cook, a £25,000 a year special needs teacher, said: "I’ve got a degree, and two teaching qualifications and I can’t even afford a car. I just wish I’d done a PhD in driving like these guys."

But Nikki Hollis, a junior nurse on £17,500, said: "Yes my job is vital and, at times, unbelievably distressing, but if it wasn't for these truck driving heroes our intensive care unit would grind to a halt.

"They deserve every inch of that new speedboat." 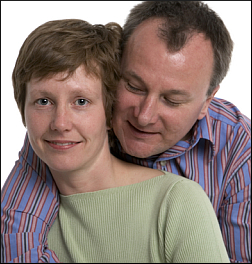 CRIME is awful and criminals are ghastly, the government said last night.

An eight-month review of the criminal justice system in England and Wales concluded that many people do not like being the victims of crime.

Of the 13,000 people interviewed, 13,000 said crime was not very nice at all and they wanted nothing whatsoever to do with it.

Louise Casey, the government's criminal justice adviser, said: "The message from the public is clear: Crime is just ghastly and horrid."

She added: "We think crime is ghastly too. It is therefore vital that we sit down with members of the public and agree with them."

Casey has also proposed that criminals be forced to carry out community service while wearing big, 1970s spectacles or a hat that does not suit them at all.

She added: "There is no point in us trying to stop crime. No, it's far too late for that. The country is, to all intents and purposes, completely out of control.

"But we can give people a cuddle and advise them to go away for a few days. The Lake District is lovely or maybe even Venice or Florence. But do watch out for the bag-snatchers, they'll rip your arm off."