THE Serious Fraud Office is to launch an investigation after claims the Rover 200 may have been marketed as a car.

The SFO is understood to be examining documents from the failed company which show that executives tried to sell the object through a nationwide network of car showrooms.

Meanwhile initial inquiries suggest that when a new version of the object was released from the Rover factory the company would try to get car magazines to write about it as if it was really a car.

A source close to the investigation said: "To me the sickest and most calculating thing was all the television adverts they produced that showed it moving."

SFO insiders say this led to about 60 consumers buying the object after being tricked into believing it could get them to places they wanted to go and do it without making them look like some sort of arsehole.

The source added: "From the outside it may have looked vaguely like a car designed by a child, but open up the bonnet and all you would have found was a bin bag full of old clocks.

"The Rover 200 was, at best, a way for men in their sixties to piss twelve grand directly up the wall, while expressing some meaningless concept of patriotism."

Rover 200 owner Martin Bishop said: "Buying a Volkswagen or a Toyota would have been like digging up the corpses of my father and some of his friends, putting them in the back seat and then taking them for an enjoyable day out that did not involve phoning the AA and then being towed to the nearest garage."

He added: "And I don't like black people either."

Federer Becomes Most Boring Man Ever 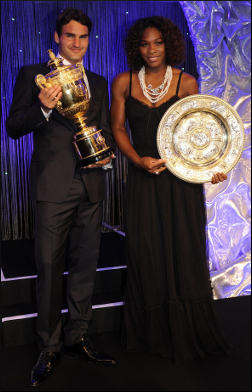 ROGER Federer tore up the record books predictably last night following an utterly tedious victory over some American who's done nothing but play tennis since he was seven.

Federer beat Andy Roddick to become Wimbledon Champion for what feels like the 80th time after a match that many people thought would outlive them.

Tedium analyst Bill McKay, said: "Once it goes past 10 games in the fifth set it is automatically designated a classic by the BBC and then everyone has to agree that it's a classic or end-up looking like the sort of person who doesn't know very much about tennis."

He added: "This is a day that will be long remembered by people who enjoy watching a large American robot hold his serve for four and a half hours."

His victory means Federer is now officially the most mind-numbingly tedious man of the professional era, but experts say he is easily more boring than the great amateur bores of the late 19th century.

He finally overtook Pete Sampras, a man so painfully dull that boredom experts said no-one could ever be as boring as him.

Boredom fan Tom Logan said: "And Sampras was even more boring than Bjorn Borg who, if you remember, was unbelievably tedious."

He added: "If you asked someone to imagine the most perfectly boring person ever there's a very good chance it would be someone called Roger and he would come from Switzerland. He really has been blessed by the Gods of Boredom.

"I don't know whether it's the shaving adverts, the mundane private life or the fact that he never says anything even remotely interesting. Or it could just be the fact that he's really, really good at tennis."

Federer was congratulated by his boring friend Tiger Woods who still hopes to shatter all previous tedium records by continually thrashing everyone at golf.