A LIFE of po-faced self-denial and thinking that animals are people can reduce the risk of cancer, doctors have claimed.

Research shows a point blank refusal to give in to your base instincts can add anything up to four years to your self-satisfied existence.

The latest study comes as the British Medical Association grouped tumours of the bowel, liver and lung into a new category known as the ‘fun cancers’.

A BMA spokesman said: “Anything more thrilling than Songs of Praise will sprout tumours like mould on a week-old loaf.”

But Professor Henry Brubaker, of the Institute for Studies, said: “The most common carcinogen is one that is known in the scientific community as ‘being alive’.

“I do not understand how some people can go through life without doing shots off someone’s naked bum while having a sneaky fag.

But We Love The Madness, Bankers Tell Darling 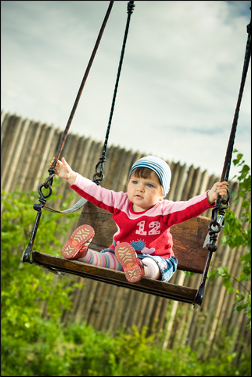 BANKERS have rejected Alistair Darling's plea not to return to the 'madness' that caused the recession, insisting they bloody love it.

Julian Cook, from Donnelly-McPartlin, said: "What Mr Darling completely fails to understand is that I'm not right in the head.

"This is a picture of my daughter Maisie. I can let you have her for two grand and I'll even throw in the garden swing. You see what I mean? I am fucked up."

Martin Bishop, from Madeley- Finnegan, said: "It's the madness that gets me out of bed in the morning. Without it I'd go mad."

He added: "There are two reasons why people get into banking. One, you get access to some really excellent pens, and two, the absolutely enormous amounts of money.

"If you take away the money then I may as well go off and become something worthwhile like a nurse. Or a prostitute."

Meanwhile commentators who earlier this year had predicted the end of capitalism were last night staring at the rock solid inevitability that everything was hurtling back to exactly the way it was.