Government really sticking up for the little guy, say morons

VAGUE plans to discuss bosses’ pay prove the Tory government is on the side of ordinary people, idiots believe.

People who are basically cattle have praised Theresa May’s transparent attempt to exploit public resentment over executive salaries without actually doing anything.

Office worker Nikki Hollis said: “In the future companies might have to publish what bosses earn compared to ordinary staff, or they might not. That’s shown the greedy bastards.

“I’ll definitely be voting for her at the next election rather than some weirdo like Corbyn who keeps going on about trade unions and the minimum wage.”

Gas fitter Roy Hobbs said: “I’m glad the government’s taking decisive action with a consultation that might lead to guidelines or something, assuming they don’t just forget about it.

“Theresa’s clearly on the side of ordinary folks because she didn’t go to Eton, which makes total sense if you have a simplistic view of the world like me.

“I hope they say something about big companies and tax next.”

I would take them out with darts like Rambo, says Bristow 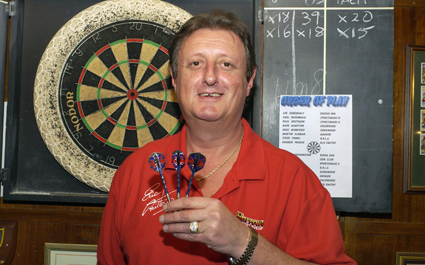 ERIC Bristow would go on a deadly darts rampage if he was threatened by abusers, he has announced.

The former darts champion has described how he would kill paedophiles with lethal throwing skills acquired during decades of playing darts.

Bristow said: “The moment I saw a nonce creeping up on me I’d whip out my arrows and put one in his forehead like I was going for double top.

“Then I’d do a commando roll like Rambo, and when I came up again I’d have another dart ready. That would go straight in his heart, killing him instantly.

“If there were lots of perverts after me I’d use my spare pack of darts then improvise with whatever dart-like objects were around, such as a sharpened pencil through the throat.

“If the odds were overwhelming I’d retreat to a rooftop and pick them off one-by-one like a deadly ‘darts sniper’.

“Once they were all dead I’d come out with a humorous quip like ‘One hundred and eighty!’. Then I’d drink nine or 10 pints of lager.”

He added: “To be honest they probably wouldn’t attack me in the first place because no one wants to fight a super-fit professional sportsman.”