DESPERATE grandmothers across Britain are willing to pay between £1,000 and £10,000 for endangered pink wafers.

News that manufacturer Rivington Biscuits is under threat is feeding a thriving black market in pink wafers, smuggled around the UK under the noses of police in vintage Peek Freans’ Assortment tins.

78-year-old Susan Traherne said: “My grandson tried to palm me off with custard creams. Big mistake.

“I slapped him, hard, and said ‘You think you’re dealing with some fresh-faced retiree straight out of the bingo hall? You see this walking frame? I need the hard shit.’

“I’ve got a contact – through church, it’s the only reason any of us go – who says they can get me 200 grams, but it’ll cost a month’s pension.

“Still, they know I’ll pay. A life of only bourbons is no life at all.”

May pulls cracker with herself at EU Christmas party 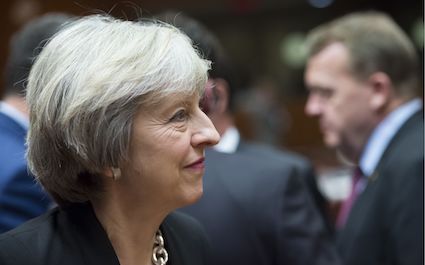 THE prime minister endured the public humiliation of having to pull a Christmas cracker with herself at the EU’s Christmas party in Brussels.

After failing to find any other European leaders willing to take the other end of the cracker, May briskly pulled it herself, pocketed the toy, placed a red paper crown on her head and pretended to be absorbed in the joke.

An EU source said: “She tried to join in the conversation over lunch but most of it was in French or German so mainly she just smiled as if she understood.

“After the meal she went to buy a drink but she’d only brought sterling and it was in Euros so she had to make do with a glass of tap water.

“Mainly she sat by the side of the dancefloor nodding to the music and pretending she was getting texts in case anyone was watching her. Which they weren’t.”

May said: “In fact pulling the cracker without aid was a good example of British resilience, eliminated risk and secured a miniature magnifying glass for the future.

“Also, my precondition for joining a conga is I must be leading it.”