Parents reminded that Halloween the only thing stopping Christmas

PARENTS resentful about Halloween have been reminded it is the only thing standing between them and full-on Christmas.

The festival, for which children demand costumes, special buckets, spooky house decorations and bags of sweets, may seem nakedly commercial but is nothing compared to what follows, the British Retail Consortium has confirmed.

A spokesman said: “You should be thanking your lucky stars that Halloween’s got so big. Otherwise you’d be neck-deep in Christmas right now.

“You’ve bought, what? A few decorative bats? A pumpkin? An overpriced zombie outfit? That’s nothing. In two months you’ll blow twice that on a relative you hate.

“Halloween is the black, skull-decorated dam holding back a deluge of commercialism that will wash away all your intentions of ‘keeping to a budget this year’.

“Be thankful for it. Otherwise it’d be jingle bells for four straight months immediately from Reading and Leeds.” 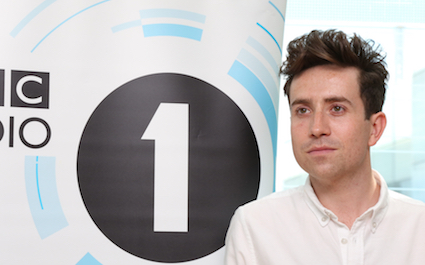 The endless, formless hissing, used in in psychological torture by the CIA, has proved significantly more popular than both Grimshaw’s chat and the music on the Radio 1 playlist.

19-year-old Emma Bradford said: “I only stumbled across static by chance, but it really makes my morning.

“It gets right into your head, breaking up your thought processes and making you scream for release, so it’s essentially the same but slightly less intrusive.

“Grimmy’s got Dermot O’Leary in the studio and will be playing songs by Rita Ora and Little Mix, while between stations there’s a grainy, unrelenting whine interspersed with occasional snatches of shipping communications.

“There really is no competition.”

Radio 1 controller  Julian Cooke said: “I listened to some static yesterday, and it’s good stuff to be fair. There’s no shame in losing out to random electrical impulses.

“We have to be open to new ideas, like when Capital replaced Dave Berry with a screeching bonobo monkey. Ratings rocketed.”