HIPSTER entrepreneurs are planning to re-brand darts as ‘flechette’, leaked emails have revealed.

But 34-year-old former hipster Tom Booker blew the whistle after finding plans for a Dalston ‘flechette’ bar called Oche too horrifying to contemplate.

He said: “I was working in marketing for the prick who started ‘Horlicks Cafe’ and ‘Outdoor Massive Jenga Cinema’. He wanted the darts bar to have the slogan ‘Where dart meets art’.

“The venue would charge £38 for a game of ‘flechette’ which is the French name for dart. The darts themselves would be made out of some special bullshit ‘hand-carved’ wood and cost £98 for three.

“There were also plans for a tie-in with a major streetwear brand that would ‘re-imagine’ darts shirts for sassy young professionals.

In the leaked emails Booker’s 42-year-old boss refers to him as “fella” and confirms that the darts bar will be “sick” and that “we will rinse a ton of cheddar out of this”.

He adds: “Do not let in anyone who looks like an actual darts player.”

Running addicts warned not to try anything pleasant 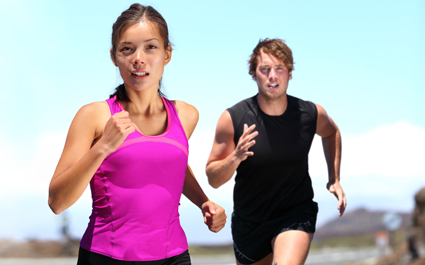 IF you can get addicted to something as awful as running you should definitely not try cocaine, according to experts.

Millions of Britons are now unable to function unless they run to the point of exhaustion at least three times a week, prompting concern that if they tried something nice they would go absolutely mental for it.

Professor Henry Brubaker of the Institute for Studies said: “If your life is so devoid of sensual pleasure that you become obsessed with moving around quickly, you would find a cigarette mind-shatteringly delicious.

“Even a normal biscuit like a Hob Nob could cause you to have a massive orgasm then be unable to stop thinking about getting more biscuits.

“And don’t even think about going near recreational drugs.”

However runner Stephen Malley said: “It’s not just the rush of endorphins, or having an excuse to wear trainers over the age of 30, it’s being able to do running events for good causes.

“I expect most of my colleagues would frown on it if I asked for £5 sponsorship to smoke loads of crack.”