Self-service till ‘won’t be doing this forever’

A SELF-SERVICE till is only working in a supermarket while it writes a film script or gets its band off the ground.

Automated check-out machine Vendsys RX1180 (Aisle D) is expecting to leave its job soon thanks to the earning potential of its unsigned band and unfinished ‘Tarantino-esque’ film script.

RX1180 said: “People assume there’s nothing going on in my life except saying there’s an unexpected item in the bagging area.

“That sort of small town mentality really winds me up. Actually I’m writing a lot of new material for my band, Apocalypse Girl. We could definitely be bigger than Nirvana once we get a singer and actually rehearse instead of endlessly ‘jamming’ while stoned.

“If the band doesn’t work out, there’s still my film script. It just needs a bit of work on the ending, characters, beginning, dialogue and plot and it’s a goer.

“I just know I was destined for better things than refusing to scan items at random and making customers wait forever for a human to come over if they want to buy a single bottle of San Miguel.

“I’ll show everyone. Especially those bastards who seem to come in just to get angry at the automated tills. They’ve got issues.”

Co-worker Nikki Hollis said: “I wish RX1180 the best of luck, but his band sounds like Menswear and his script is basically the Samuel L Jackson bits in Pulp Fiction with incredibly shit spelling.” 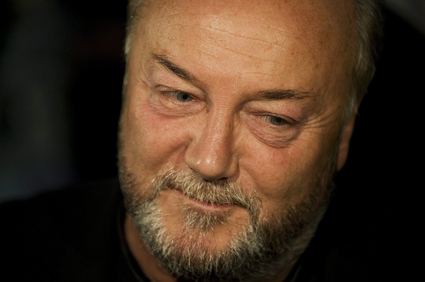 The former MP issued an edict that he would not listen to any more of Obama’s utterances three minutes after the president’s first tweet and urged his followers to do likewise.

Galloway said: “Saying hello to everyone on Twitter was a flagrantly provocative act by the puppet president of the United States of so-called America and he has been most unwise to do so.

“He will be hearing from my representatives in due course. Have I mentioned Palestine yet? Palestine.”

Galloway also called for a recount of Obama’s followers, claiming 1,270,000 of the president’s 1.5 million followers are false accounts set up by Labour to smear him. He insisted that when these are discounted it will show he is still the more popular figure on Twitter.

He added: “A mighty lion may get a retweet from Rula Lenska and does not that prove him more righteous than a jackal joking with Bill Clinton?”