HMRC website either hacked by Russia or just really shit

THE government’s website for tax and benefits has either been hacked by Russia or is just a piece of shit.

Millions of Britons reported that the government website for filing tax returns and claiming Child Benefit seemed to have been taken over by someone who was trying to crush their morale.

Self-employed decorator Nikki Hollis said: “I believe KGB hackers have taken down the proper HMRC site and replaced it with something designed on the Russian equivalent of a ZX81.

“It took me two days to even login because I didn’t have all 20 necessary passwords and it wouldn’t email them to me. At one point I considered taking my own life.”

Builder Roy Hobbs said: “Putin must have gotten to the tax website because he’s hidden all the useful information, and replaced it with self-contradictory nonsense.

“The Russians know that we’ll be left with no choice but to phone the tax people, which takes about nine hours at a time and induces a deep sense of paranoia.

“Last time I was on hold with them I could definitely hear Putin sniggering in the background.” 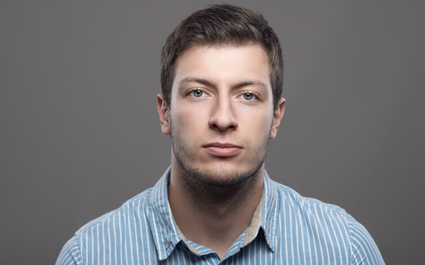 A MAN has decided to stop hiding his true musical orientation and tell everyone he likes Sting.

Sting’s new tour prompted Tom Logan to openly admit to liking him, despite hostility from people who think everything he did after The Police is bad and wrong.

Office worker Logan said: “People may not agree with it, they may think it’s strange or perverted, but the truth is – I like Sting.

“For years I pretended to like good music but secretly I wanted to listen to If You Love Somebody, Set Them Free sung by Sting in his strange Jamaican accent.

“Now I’m out of the closet I’m going to start meeting other Sting fans so I can listen to The Dream of the Blue Turtles without people telling me to shit off.”

Friend Nikki Hollis said: “What Tom’s done is incredibly brave. I’m sure he’ll be a lot happier now, or at least as happy as you can be when you listen to Sting.”