A BRITISH inventor has developed an all-in-one council estate tragedy
shrine that can be erected within seconds of something ‘sad’ happening.

Inventor, Martin Bishop, said: “Within moments of something happening to somebody you’ve never met, you can share your fake sadness with friends, neighbours and the audience of Sky News.

“It’s the indispensable item for the childish, mal-educated grief-vampire who wants to appear really upset in as public a way as possible.”

The Portagrief will be offered in three basic models – the Executed Gangsta, the Teenage Traffic Accident and the Little Angel, which will include a card with the message ‘yoos in hevin now’.

Bishop added: “I was watching a Sky News reporter standing outside some council estate shit-igloo and the question suddenly occurred to me – where would the average ghoul in the street get their hands on an elaborate tea light holder at four o’clock in the morning?”

Nikki Hollis, a grade six untermensch from Carlisle, said: “When that toddler went missing from down the road, I had my Portagrief Little Angel outside the family’s door before the police had turned up.

“Unfortunately they found her the next day so she’s not in hevin, which is a shame for her.”

US Church To Commemorate 9-11 By Causing Another One 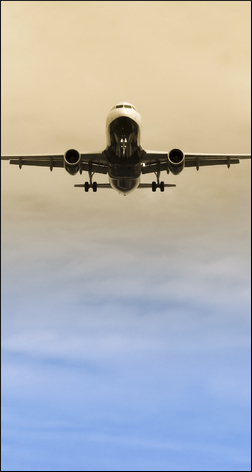 A CHURCH in Florida is to commemorate the anniversary of the 9-11 atrocity by causing another one.

The Dove World Outreach Centre in Florida explored a variety of methods for provoking Muslims before deciding to set fire to the one thing they have asked us repeatedly not to set fire to.

Pastor Terry Jones will lead his congregation in starting a bonfire made from copies of the Koran in a move that experts say will lead to long waiting lists at flight schools across the US and western Europe.

Pastor Jones said: “The Ko-ran is a hideous book that condemns homosexuality, sex outwith marriage and abortion while demanding unquestioning obedience to God and making it clear that women are second class citizens.

Pastor Jones then retired to his study to read selected chapters of the sacred Islamic text before adding: “This is just excellent. I mean – excellent.

“This is what Christianity would be like if we actually had some fucking balls.

“It says here that if I want I can put a dog collar around Jennifer Aniston’s neck and then make her get down on all fours and eat raw chicken wings from a bowl. Okay, that’s not an exact translation but gist-wise it’s not far off.”

Ali Al-Makram, a leading US-based imam, said: “I honestly can’t remember what we were fighting about. It might have been that Britney Spears video where she’s dressed as a delinquent schoolgirl.

“But seriously, no book fires or it’s kaboom-time. You can take that to the bank and cash it.”

Pastor Jones added: “Is there something else we can set fire to? What about Cat Stevens?”