THE Apple Watch is to be advertised purely as a timekeeping device, rather than a weird little computer.

After the corporation had a mysterious coughing fit while attempting to announce Apple Watch sales figures, it confirmed that a new promotional campaign would focus just on how handy it is if you need to know the time.

A spokesman said: “Forget all the other features, clearly nobody is interested. When you need to know the time fast, all it takes is one quick glance at your wrist. Because Apple Watch has got that covered.

“The screen will have the time on it, bang up to the last second. Any time, night or day, there it is. The time – Apple time.

“Knowing the time is essential for getting to a place when you are supposed to be there. Your competitors know the time – do you?”

“Watches are the future and so is time. In fact, the future is made of time.

23-year-old Mary Fisher said: “So it’s not a complicated little walkie-talkie for neckbeard men with too much disposable income. It’s a jazzy, synthetic-looking watch, like a Swatch.

“I think a Swatch is about forty quid. How much is an Apple Watch?” 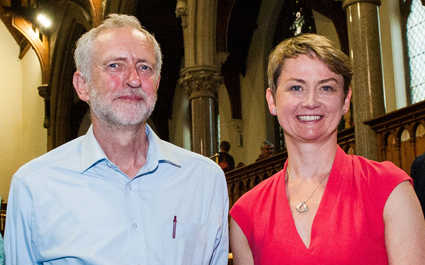 A LABOUR party member is constantly evaluating the contradictory advice given by the two tiny leadership candidates on each shoulder.

A four-inch Jeremy Corbyn, dressed in angelic beige, on former steelworker Roy Hobbs’s left shoulder is counterbalanced by Cooper in a no-nonsense black trouser suit on the right.

Hobbs said: “They’re always at it, them two.

“I pass a homeless bloke, and Corbyn’s preaching about how the welfare safety net’s let him down while Cooper’s screeching about incentivising ambition by removing dependency.

“I can’t buy a sandwich without Corbyn urging me to go for honest ham, cheese and pickle while on the other side Cooper’s saying the Hoisin duck wrap would send an aspirational message.

“The only way to shut them up is to ask what they’d do about an undemocratic EU imposing failing economic policies on member states. Then you don’t hear a thing for days.”

Hobbs said that the miniature Liz Kendall refused to be seen on the shoulder of a cheap TK Maxx shirt and that a tiny Andy Burnham is living in his trouser gusset, from which he unconvincingly shouts ‘I AM A FACKIN’ LAAAAD!’.

He added: “My sympathies are with Jeremy, hopelessly outdated and idealistic as his advice is, because he won’t get another gig after this.

“Cooper’s already lined up a job as the good angel on a Tory voter’s left shoulder.”