BRITAIN’S unemployed are being offered the chance to experience what life might be like if they had an extra £7.50 a week.

Ministers insist the controversial scheme will not only give unemployed people the chance to have less free time, but also comes with all the stress of a low-paid job.

The scheme, co-ordinated by employment agency Phone-a-Slave, helps people with no jobs to go and work for a big shop that will not pay them any money.

A government spokesman said: “The initiative is aimed at showing jobseekers that if they are prepared to give up a life of benefits and meaningless boredom for a life of miminum-wage drudgery and boredom, a marginally different and only very fractionally better way of life could be theirs.”

A spokesman for Phone-a-Slave said: “The scheme is proving very popular with businesses that want slaves. It’s very easy, they just phone the 0800 number tell us how many slaves they want and then we send an invoice to Iain Duncan Smith.”

Nathan Muir, 26, an unpaid shelf at Peterborough Tesco, said: “I was unemployed for five years and had resigned myself to giving up my dreams and quietly descending into alcoholism without anyone bothering me.

“But now my dreams could dwindle and die during years of meaningless, hopeless toil, instead.

“The chief executive of Tesco sure is a good massa.”

Liverpool bring back the lack of romance of the cup 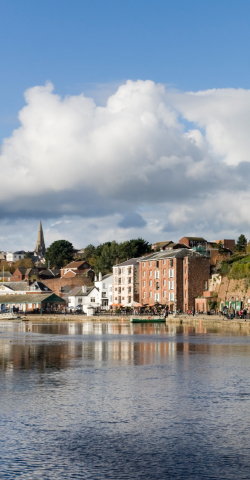 LIVERPOOL has once again made the League Cup Final look like the end of a damaging relationship.

The club had been with the competition longer than they would care to remember and treated it seriously despite most onlookers thinking they could do so much better. Some fear that Liverpool has got involved in so many league cups now that no decent competition will want them any more.

Footballologist Wayne Hayes said: “The final itself was like a divorce hearing, with a tedious, drawn out set of proceedings dragging on longer than anybody wanted and at the end of it one half fucked off with the silverware.

“Although the record books will say that Liverpool won, both teams will know deep down that there could only ever be different levels of losing by this stage.

“And when Liverpool get drunk at dinner parties and loudly boast that they ‘took that bitch Cardiff for everything they had’ people are going to wonder why they seem so proud.”

The affair started back in August with a Wednesday night in Exeter many thought was just a meaningless flirtation with the competition. Even after another midweek jaunt to the seaside with Brighton in September, they were still insisting there was nothing serious between themselves and the cup.

But by the fourth round, Liverpool were told they had to decide between the Premier League and the League Cup and surprised everybody by saying they would stand by the League Cup no matter what everybody said about it.

Hayes aded: “It’s not a bad competition and I’m sure there’s a club out there that would be proud to be seen with such a cup. But Liverpool parading it in an open top bus is like turning up for Christmas dinner at your mum’s with a prostitute.”