Landlord disgusted to discover you've been eating, sleeping and shitting in his investment

A LANDLORD has been horrified to learn that his tenants have made themselves at home in his investment property to the point of shitting in it.

Norman Steele let himself into the two-bed flat yesterday, and was shocked and appalled by how lived-in it looked.

He said: “State of the place. This is my bloody pension.

“There was washing-up in the sink, food in the cupboards, sheets on the beds. When you move furniture there’s a mark on the carpet where it was. It shows a complete lack of respect.

“You should’ve seen this place when I bought it. Pristine. And they don’t have an ounce of shame. Say they’re paying me ‘a grand a month’. Yes, to look after it.

“I heard the toilet flush, even. I only had that installed because it will increase my retirement lump sum in the long-term. But not if they keep shitting in it.”

Tenant Lucy Parry said: “I told him it was just a wee, but he’s adamant it constitutes breach of contract. He said ‘Would you piss on a man’s stock portfolio?’”

The six stages of becoming an anti-mask dickhead 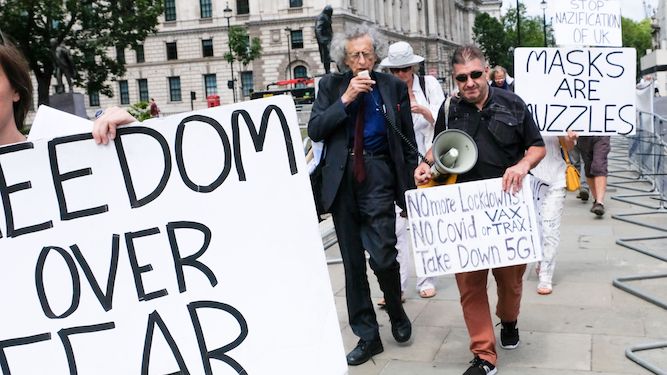 EVER wondered how someone turns goes from normal to ranting about ‘muzzles’? Here are the stages that take them there:

The gateway drug to through-the-looking-glass lunacy is usually ‘dole scroungers’. After developing a taste for being outraged by largely made-up stuff, you’re well on their way to believing stuff that’s patently false just to feel the same buzz.

The next 90s tabloid obsession was incensed, out-of-proportion paedophile coverage. A cause to latch onto for the ghoulish drama, but also because it’s easy to feel superior in comparison to literally the worst people in existence.

Call it a hunch, but most anti-maskers are not likely to be big fans of immigration. This dismal fixation confirms that it’s fun to feel aggrieved even if it’s bollocks, eg the entire population of Turkey wants to move to Canterbury.

Brexit opened the lunacy floodgates: judges are traitors, Merkel is Hitler without the Panzers, David Davis is a skilled negotiator. When you’re living in a fantasy world, it’s not a huge mental leap to believing scientists are making you wear masks as an S&M domination thing.

Pick one from: 9/11, the Illuminati, chemtrails, QAnon, Roswell, flat-earther or simulation theory

Go freeform for the penultimate stage of your journey to the far side and enjoy any one of the above. Don’t worry, they’re all on YouTube.

After years of contrarian bullshit, cretins now believe wearing a mask for ten minutes in Boots is government oppression. No doubt they’ll soon campaign against the draconian laws stopping you enjoying a nice glass of weedkiller.