May pays full price for item in Sports Direct

THERESA May has bought the only non-discounted item in Sports Direct, it has emerged.

The prime minister was visiting the Maidenhead branch of the sporting retailer and, despite being surrounded by deeply discounted items, manage to make a beeline for the single item that was full price.

Store manager Wayne Hayes said: “She paused at a Lonsdale hoodie and a Slazenger bucket hat, which were 90 per cent off though still dreadful value for money.

“But somehow she picked up a Donnay umbrella – you’ve probably seen them abandoned and broken at the end of any outdoor event – that we’d missed when slapping massive fuck-off luminous stickers on everything slashing their prices.

“She took it to the counter and didn’t flinch when she was told the price was £39.95 which nobody’s ever paid in the history of the store.

“Credit to her, she went through with it even though she’d really bollocksed it up. Give her that at least.” 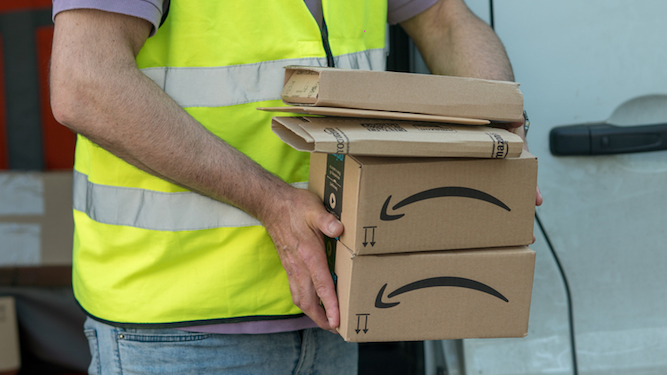 AN inconsiderate arsehole took delivery of an Amazon parcel instead of allowing the delivery man to run off after one knock, it has emerged.

Tom Logan selfishly rushed to the door to sign for his delivery of two books and a new computer mouse without giving a shit about delivery driver Nathan Muir’s busy schedule.

Office worker Logan said: “The delivery guy was trotting away when I opened the door but luckily I caught him and quickly signed for my stuff. It must be a tough job so I didn’t want to delay him.”

However delivery driver Nathan Muir said: “I could not fucking believe it. I’d knocked once and was sprinting away when some entitled prick appeared at the door looking pleased as punch.

“Mr Timewasting Bastard then insisted on signing for the things he’d paid money for and tried to engage me in some long conversation about ‘Thank you, cheers’. Tell me your fucking life story, why not?

“The pompous twat didn’t seem to realise my job is to put the parcel back in the van and leave it at the Royal Mail office 10 miles away with all the other rubbish.

“I suppose he’d like me to shove it in a hedge or leave it in the street where it can easily be stolen, which I only do 50 per cent of the time. I’m a professional.”